?Manchester City’s game against Real Madrid and Juventus’ clash with Lyon in the Champions League round of 16 have both been postponed due to coronavirus fears.

The news comes after Real announced that their players would be self isolating for 15 days, after a member of the club’s basketball team tested positive for COVID-19. Juventus centre-back Daniele Rugani also has the virus.

“The decision to postpone Tuesday’s game was made in conjunction with UEFA and follows confirmation that players from Real Madrid will self-isolate for fifteen days, after it emerged that a player from the club’s basketball team tested positive for COVID-19.

“The Club sends it best wishes to the players and staff at Real Madrid’s football and basketball teams. 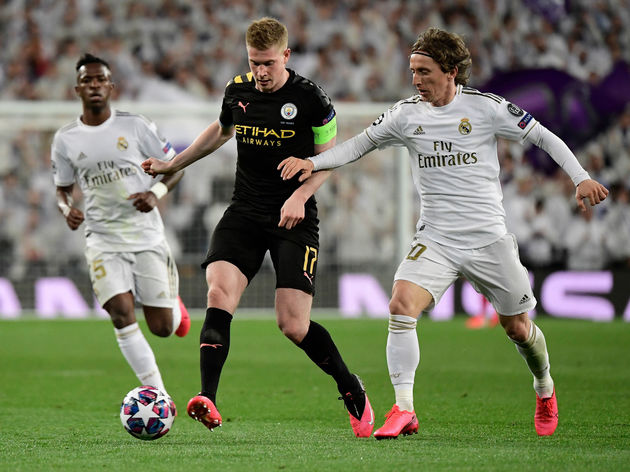 “Further information regarding the rescheduled date and related ticketing information will follow in due course.”

The first leg of the tie saw the Citizens claim a famous 2-1 victory at Santiago Bernabeu. Los Blancos took the lead against the run of play through Isco, before Gabriel Jesus and then Kevin de Bruyne fired the visitors ahead.

Sergio Ramos will be suspended for any rearranged second leg after he was sent off for bringing Jesus down in the closing stages.

Soon after City announced the postponement, ?UEFA also confirmed that Juventus vs Lyon would not go ahead.

The ties are the latest in a growing list of matches to be affected by the coronavirus outbreak. The situation continues to develop with the ?Premier League season expected to be completed ?behind close doors. Across the continent, Serie A has been suspended until April 3 with Sampdoria’s Manolo Gabbiadini and Juventus’ Daniele Rugani both testing positive for the virus. The Old Lady’s Champions League game against Lyon has also been postponed.

Bundesliga games this weekend will be held behind closed doors, while MLS has suspended its season until next month.