?Atletico Madrid taught Liverpool a harsh lesson on Wednesday evening, but it wasn’t just the Reds who learned a thing or two as Los Rojiblancos pulled off an incredible European comeback.

Atleti’s two goalscorers at Anfield – Marcos Llorente and Alvaro Morata – were both products of Los Blancos’ youth system, but ultimately deemed unworthy of a place at the Bernabeu following relatively hit and miss stints.

And this is not the only time Real have let some pretty talented youngsters slip through their fingertips, with a fairly plentiful list of modern footballing stars who are punishing the 13-time European Cup winners for their impatience – let’s take a look. A surprising amount of the players we are about to talk about have found success at bitter city rivals Atletico.

Saul Niguez is perhaps the best of the bunch that are enjoying stellar careers at the Wanda Metropolitano, having played for Real’s Under-17’s before his move across Madrid in 2008.

Since leaving Los Blancos, Saul has worked his way through the ranks at Atleti, forging a reputation as one of La Liga’s most talented midfielders – who has a knack for scoring some pretty spectacular (and timely) goals for Los Rojiblancos.

The 25-year-old has consistently been linked with a move away from Atletico – frequently to Manchester United – but his loyalty has been rewarded with the cult hero status he has found at the club, not to mention the impressive trophy collection he’s amassed. In one of the forgotten parts of Parejo’s career, the Spaniard actually enjoyed a brief loan spell at Queens Park Rangers as he looked to get some regular first-team football under his belt after struggling to make an impression at the Bernabeu.

During his time at the Mestalla, the 30-year-old has made 373 appearances and earned the captain’s armband following years of domination in Valencia’s midfield. He’s fairly unlucky to have played in a golden generation of Spanish midfielders, with the presence of Andres Iniesta, Xavi and Sergio Busquets having limited him to just four appearances for the national side. 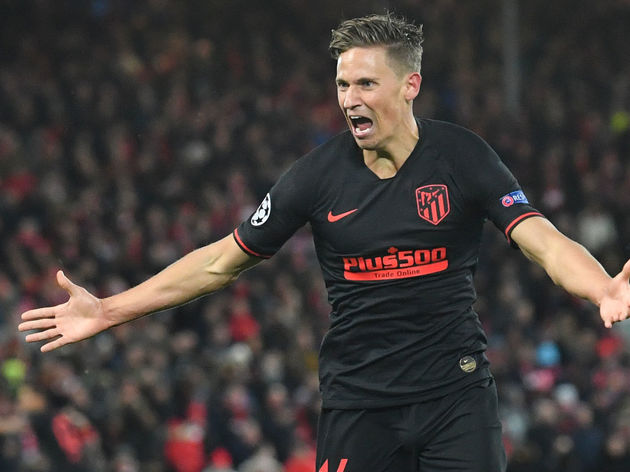 ?Having only signed for Atleti last summer, Llorente’s performance at Anfield has already firmly cemented his place in club folklore.

The 25-year-old was tipped for success at Real Madrid, but a consistent run in the first team never followed, leaving Llorente with no other option than to call time on his career at Real Madrid.

The Spaniard is still yet to be a regular starter for Simeone, but his impressive European showing on Merseyside has certainly done his chances of increased game time no harm. ?Trying to get yourself noticed in a team made up of Neymar, Kylian Mbappe, Angel Di Maria and Edinson Cavani is no easy task, but it’s one that Sarabia has somewhat achieved since his move to France last summer.

Following several seasons of brilliance at Sevilla, the former Real Madrid youth product – who never made an appearance for Los Blancos’ first-team – finally made his big-money move to Paris, and the Spaniard is starting to excel with the Parisians.

Sarabia has scored 14 goals and registered eight assists for a swashbuckling PSG side this season, featuring 36 times and finding the back of the net every 159 minutes on average. ?Having played for Real Madrid, Juventus, Chelsea and Atletico, Morata must be good at football. Yet, he seemingly fails to live up to expectations at pretty much every club he arrives at, and his time at the Bernabeu was no different.

Morata’s wastefulness in front of goal proved too frustrating for Real, who decided not to persist with the striker who had been at the club since 2008.

However, Morata seems to have found comfort at neighbouring Atleti, and he certainly seemed to enjoy his 121st-minute winner at Anfield. 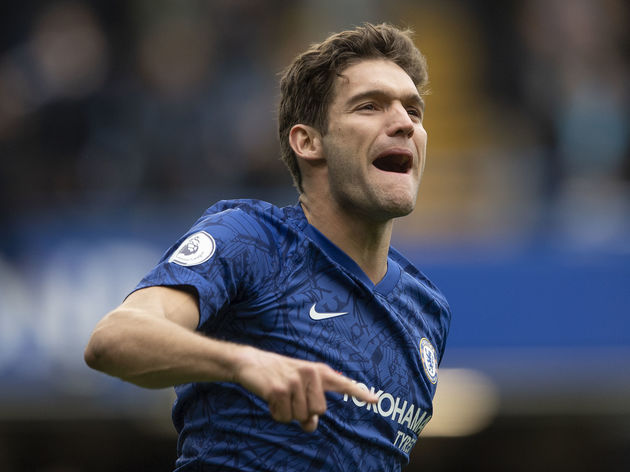 ?Despite receiving a fair amount of criticism for his defensive deficiencies, the Chelsea left-back still has one hell of a left foot, and has proved time and time again that he can make a big impact for the Blues.

The Spaniard has certainly come a long way since his one and only appearance for Madrid, stopping at Bolton and Sunderland en route, and has won the Premier League, FA Cup and Europa League during his time at Stamford Bridge. Now Callejon did play 77 times for Real, but since his move to Napoli in 2013, the Spanish winger has showcased the best of his ability.

The 33-year-old has scored 80 goals in a little under seven years in Italy, terrorising defences with his blistering pace, power and trickery.

Los Blancos have had a fair few world-beating wide men since Callejon’s departure, so they have hardly missed the presence of the Spaniard, but who knows what he could have achieved had he been given a little more responsibility at the Bernabeu. ?One of the nice guys of modern football, Mata has been in and around the world’s best teams for what seems like an eternity.

His sensational showings at Valencia, then Chelsea, and now Manchester United have earned him plenty of plaudits, with the little maestro consistently providing world-class performances, even in times of adversity.

One of the most technically-gifted players currently plying his trade in the Premier League, Mata clearly learned a thing or two from his time in Madrid, and English football fans can only be thankful that he didn’t stay in the Spanish capital.