?Mino Raiola is everything that is wrong with modern football.

A ruthless agent that consistently prioritises adding to his vast fortune over the general happiness and well-being of the players he represents, the 52-year-old resembles the perfect villain in a Hollywood mob film.

Adept in the art of sh*t-stirring, Raiola’s most recent comments have once again fuelled a gazillion gossip columns as the agent ?declared his personal ambition to take a ‘great player’ to Real Madrid this summer. Will it be Paul Pogba or Erling Braut Haaland? Will they break a transfer record to make the signing happen? When on earth is the summer transfer window even going to take place?

Well, we’ve decided to try and unpick those kind of questions by ranking which of Raiola’s clients are most likely to be playing for Los Blancos come the end of the next transfer window, so let’s tuck in. “It is understood that Lingard regards himself as one of the best number 10s operating in European football, which is at odds with Solskjaer’s appraisal of the player.”

No, we haven’t made that up – those words were indeed printed in early March as it emerged that Jesse Lingard is expected to leave Manchester United. They are also words that just aren’t true and are the sole reason why this transfer would never, ever, happen. With personalities that seem almost too compatible, Ibrahimovic and Raiola have formed a formidable relationship as player and agent.

The Swede re-joined his beloved ?Milan following a stint in MLS with LA Galaxy last January, which has been seen by many as Zlatan’s swansong. However, Ibrahimovic’s ego doesn’t get a great deal of rest and the 38-year-old will likely offer us some gibberish at the end of the season about how he’s only just getting started.

Despite having seemingly passed his peak, Ibrahimovic has still made a big impact since his arrival in Italy, scoring four goals and grabbing an assist in ten appearances for I Rossoneri.

No, probably not. But you never know… Regardless of the footballing narrative, Thuram has certainly proven himself to be an accomplished forward this season, scoring ten goals and providing nine assists as Borussia Monchengladbach climb the Bundesliga table.

Yes, his stats are perhaps not ?Real Madrid ‘worthy’, but there is no doubt that the powerful 22-year-old attacker possesses all the necessary attributes to forge a reputation as glowing as his father’s.

With Karim Benzema’s legs beginning to slow down just a little – although the Frenchman has still been scoring goals aplenty at the Bernabeu – maybe his fellow countryman can follow in his footsteps and provide a budget solution to Madrid’s attacking crisis. ?Unfortunately for the young Dutch striker, a pretty serious knee injury has plagued Malen’s best campaign to date, with the PSV forward having netted 17 goals and registered nine assists in just 25 appearances prior to his spell on the sidelines.

The 21-year-old has exploded on to the scene this season following some foundation building campaigns in the Netherlands and the former ?Arsenal youth product has even earned four caps for Oranje, scoring once.

An incredibly fast and powerful runner, not to mention a clinical finisher, Malen will likely have a number of potential suitors come the next transfer window, and may want to spread his wings beyond the confines of the Eredivisie.

However, the signing of the highly-rated starlet would be a risky deal for Los Blancos with the attacker having very little experience of elite European football. 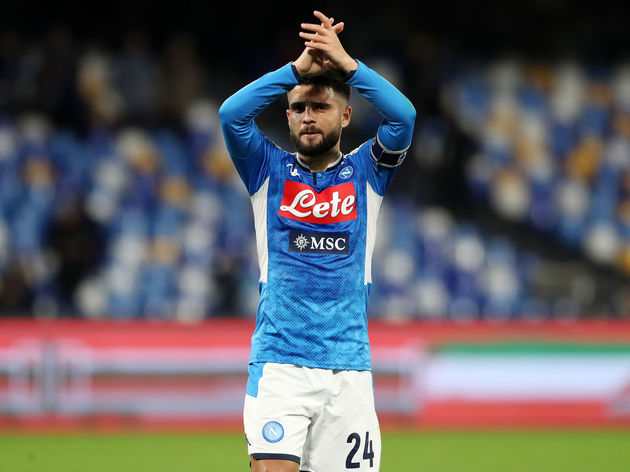 ?Following some pretty high-profile bust-ups between the ?Napoli players and their superiors, a whole host of the club’s biggest names could be on the move when the summer transfer window opens.

One of these names could be Insigne, whose ten-year career in Naples could soon come to an abrupt end. The 28-year-old winger has consistently proved that he has the ability to wreak havoc on any defence, while also having directly contributed to a whopping 230 goals during his time at the Stadio San Paolo.

While Insigne doesn’t quite fit the profile of a blockbuster Real Madrid signing, Napoli’s predicted exodus of players this summer may impact his price tag, allowing Los Blancos to acquire the services of a world-class player for a fraction of the price.

It’s clear to see that Zinedine Zidane’s side need reinforcements in wide areas, with ?Gareth Bale’s days in Spain numbered, while ?Eden Hazard’s injuries have given the Belgian little time to adjust to life at the Bernabeu. Real could use a little more depth in central defence, especially given that both ?Sergio Ramos and Nacho are in their 30s, and Romagnoli would be a great fit for Los Blancos.

The Milan skipper is surprisingly quick for such a tall and commanding centre-back, but also has the technical ability to flourish in Spanish football. The 25-year-old has been hampered by his inferior teammates for long periods during his career with I Rossoneri and may fancy his chances of making the big-money move his performances deserve this summer.

?Money has never, ever been an issue for Real, but it’s worth mentioning that Romagnoli’s stellar performances in ?Serie A may just add a nought or two to his wage demands should Madrid come calling. It’s hard to believe that Verratti is only 27, considering how long the Italian has been widely recognised as one of Europe’s best central-midfielders. However, should Paris Saint-Germain falter again in the ?Champions League this season, he’ll have very little to show for it.

While young Fede Valverde has been a revelation in Real’s midfield this season, the experienced trio of Casemiro, Toni Kroos and Luka Modric have a combined age of 92. As a result, strength in depth will be key for Zidane’s side going forward, so expect a fair few transfer rumours linking Los Blancos with midfielders.

Verratti’s tenacious and feisty midfield approach always comes in handy, but one could reasonably argue that Madrid don’t need another no-nonsense ball-winning midfielder.

However, when has necessity ever really played a part in Real’s transfer policy? Having been thrust in to the limelight at a ridiculously young age, ?Donnarumma has now established himself as one of the world’s best goalkeepers at just 21.

?The Italian has been touted for a move away from Milan following Raiola’s outspoken and rather aggressive approach to Donnarumma’s contract negotiations, with the agent suggesting a summer move could be on the cards for the highly-rated shot-stopper.

While ?Thibaut Courtois has shown marked improvements from his shaky early-season form, the Belgian has never fully convinced since trading Chelsea for Real Madrid back in 2018. As a result, Donnarumma – who is by far and away one of the most exciting young talents in world football right now – may be a tempting solution to a fairly luxurious problem. ?If you haven’t heard of Erling Haaland, then you must have been living under the world’s largest rock for the past year.

The Norwegian has scored a staggering 40 goals in 33 games this season for two different clubs in two different countries, and is already being lined up by Los Blancos as their next superstar. ?Why ?Paul Pogba is seemingly so despised by a vast amount of football fans across the world – in particular Graeme Souness – still remains a relative mystery.

Yes, the midfielder’s off-field antics aren’t always desirable, but the Frenchman hasn’t killed anyone – he’s just a footballer. And a bloody talented one at that.

Pogba to Real Madrid has been a transfer saga that has rumbled on since before the 27-year-old even joined ?Manchester United, and a move may have happened last January if the former Juventus man hadn’t been sidelined through injury for almost the entirety of the season.

But summer seems like the perfect time for Pogba to finally part ways with United – for good this time – and fulfil his dream of playing at the Bernabeu. With Christian Eriksen ending up at Inter instead of Real last transfer window, Pogba will be licking his lips at the prospect of earning his long-awaited move to Spain this summer.