The Spanish side will present plans for the €400 million renovation of their stadium on Friday, with around half of the total outlay to be funded by naming rights

EXCLUSIVE
By Alberto Pinero in Madrid

Real Madrid are still in talks with software giant Microsoft over a possible partnership for naming rights, but have ruled out a deal with drinks company Coca-Cola.

Madrid will unveil plans for the €400 million renovation of their Santiago Bernabeu home on Friday, with around half of that outlay to be made up in naming rights.

President Florentino Perez has been in talks with Microsoft for some time, while Coca-Cola were also prepared to pay €80m per year to have their name on the stadium.

Coca-Cola are already official sponsors of Madrid and the two organisations boast a strong relationship, but the club have currently ruled out naming their ground ‘The Coca-Cola Santiago Bernabeu’. 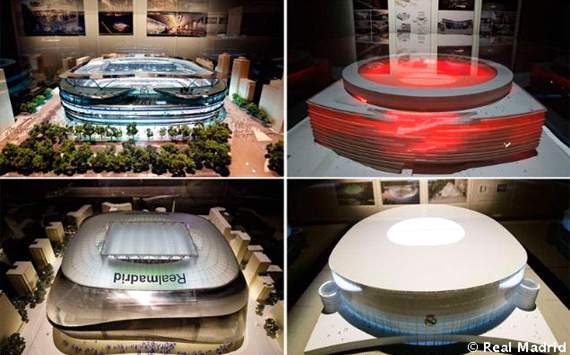 Into the future | The four designs for the new Santiago Bernabeu

Perez, who has chosen from four different designs, expects the new Santiago Bernabeu to raise at least €50m extra per year in terms of ticket sales (with capacity set to be increased to around 90,000 spectators) and corporate revenue.

The renovation will be carried out by German architects GMP Architekten, in conjunction with Catalan company Ribas&Ribas. Their design, bottom left on the above image, will also have a retractable roof.

Building work on the site will be suspended for home matches, which will be played as normal at the Bernabeu, with the redevelopment set to be finalised in 2017.

Madrid have called a press conference on Friday to formally announce the renovation and further details of the new Bernabeu project.