Having not won in the opening five matches of the season, Sevilla have gone unbeaten for the next five games, moving up the table and playing some decent football.

Their away form, however, remains appalling with the Andalusians failing to win on the road in over the year and that run looks unlikely to end on Wednesday evening at the Santiago Bernabeu.

Madrid, despite their defeat in Saturday’s Clasico, remains massive odds-on favorites at 2/7 (1.29) with BetVictor while Sevilla are offered at 12/1 (13.00). 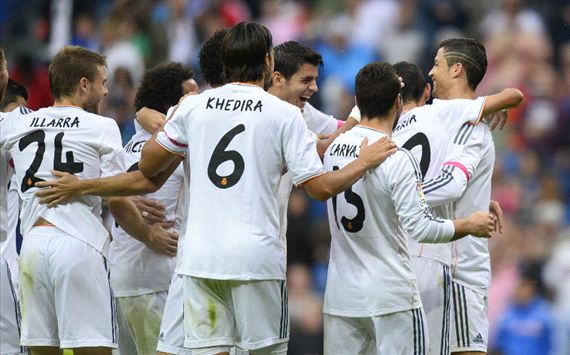 Given Sevilla’s away form, and the fact that Real Madrid remain generally imperious at the Bernabeu, there is no reason to think that a shock is on the cards, although the visitors are more than capabale of scoring. Both teams to score is offered at 7/10 (1.70) and has every chance of paying out.

Yet for some higher odds backing over 3.5 goals in the game at 21/20 (2.05) looks a more appealing option. Sevilla have had problems in defence, keeping just one clean sheet in 10 matches which is not the kind of statistic that helps when going into a game at the Bernabeu.

They have also been scoring freely and the combination of a prolific front line and a less than stable defence should contribute to a high scoring game.

This bet has already paid out six times in games involving Real Madrid this season and when you take into account that the Whites have scored 19 goals in their last five games against Sevilla, over 3.5 goals tonight looks to be an excellent selection.