The Gunners’ boss reckons the Argentina international deserves to retain his award ahead of Real Madrid’s Cristiano Ronaldo and Barcelona team-mate Andres Iniesta.

Despite being impressed by all three candidates, the Frenchman thinks that Messi’s 76 goals so far this calendar year make him the worthy winner of the award.

“He’s scored 76 goals in one year. It looks just outrageous to me. Therefore it would be one thing to reward something exceptional.

“Ronaldo has always been there and he deserves it as well. He won the Spanish championship. Iniesta won the European Championship with the national team and therefore, you could reward him.

“I’m not a big fan of these things. If you judge purely on class, you judge Messi. If you want the achievement of the year, you would choose Ronaldo and maybe Iniesta in second. That’s how I see it.”

The Ballon d’Or was relaunched in 2010 after France Football‘s award was merged with the FIFA World Player of the Year prize.

Lionel Messi picked up the inaugural gong two years ago before once again topping the polls last year.

Robbie Keane has fanned the flames linking Kaka with a move to LA Galaxy, as the MLS club begin their search for a big name to replace the outgoing David Beckham.

The Brazilian playmaker has struggled to find consistent first-team action at Real Madrid, and the MLS Cup finalists would offer a potential outlet should the Real Madrid star seek a transfer.

“If we want to – as a team and an organisation – to push on and be the best that we can, to attract players like Kaka would be brilliant,” Robbie Keane has told reporters at a press conference.

Rumours continue to link the 30-year-old away from Santiago Bernabeu. Kaka has largely failed to recapture his AC Milan form which saw him awarded the 2007 Ballon d’Or.

“Someone like Kaka was only voted one of the best players in the world a few years ago,” Keane said. “We welcome anyone with his stature and his ability to the Galaxy, but ultimately it’s down to the boss.”

The ‘boss’ – AEG president Tim Leiweke – agrees with the Republic of Ireland international. The man who brought Beckham to Los Angeles is now batting his eyelashes at Kaka, and doing so publicly.

Kaka has frequently talked of his admiration of the United States. His brother, Digao, plays for the New York Red Bulls, and the best man at his wedding, Marcelo Saragosa, is at DC United.

“We’re well aware of Kaka’s interest in MLS, and we in turn have made it very clear to him that he’s aware of our interest in him,” Leiweke told Sports Illustrated.

“We have a great relationship with Real Madrid, and just as we worked through a player with them six years ago [Beckham], I’m absolutely convinced we could find the right deal this time, too.”

Real Madrid coach Jose Mourinho insists criticising others is fast becoming the “national sport” in Spain, as his side prepare to host Atletico Madrid on Saturday.

The Blancos‘ 1-0 defeat to Real Betis last weekend saw them fall 11 points behind Barcelona at the top of the Primera Division table, casting further doubt on their title defence.

However, speaking ahead of the capital derby at the Santiago Bernabeu, the 49-year-old believes he has been harshly treated by sections of the media.

“You can applaud and whistle at me,” he told reporters at a press conference. “If you want to, I will be in the dugout at 21:00 [CET].

“Football won’t force me out just yet. I hope the fans support the team and help us win the game. Giving people stick is the national sport here, but it’s okay.”

Mourinho then hit out at critics who have overplayed the significance of Madrid’s gap behind the Blaugrana at the league summit.

“I do not play for anything,” he added. “A match is meant to be enjoyed. If you win, you enjoy the experience a lot.

“If you lose, you still enjoy [being on the pitch]. We play every three days so there is not much time to be happy or sad.

“The point tally is finalised at the end of the season. People don’t have to be mathematicians to know that 14 points or eight are not the same as 11.

“They should go game by game. We always play with the intention of winning. I do not care what my players have to say.

“What I want is that, on the pitch, they all share the same mentality as me and go all out. You have to give everything. That’s better than words.”

In contrast, Atletico have built on their Europa League success last term by flying high in the Liga standings, with los Colchoneros currently in second place, and Mourinho spoke positively about his opposite number Diego Simeone.

“I have a good relationship [with Simeone],” the trainer continued. “I met him years ago when he was at Inter, and I have kept in touch with him since.

“I’m glad that things are going well for him, especially in Europe where our interests do not clash.”

Mourinho then alluded once more to the poor performance of the match referee in last week’s Liga loss to the Real Betis but hopes officiating will not overshadow the match in Madrid.

“In this game there were three teams – one that was very good and two who were bad. Tomorrow I would like to be both good and one bad,” he added.

“That being Madrid and the referee playing well and Atletico bad. But as I like football, I want us all to do well.”

The former Chelsea and Inter boss was named as one of the three finalists in the running for the Fifa Coach of the Year, along with Vicente del Bosque and Pep Guardiola, but he remained coy over his inclusion.

“I have no time to think about it,” he shrugged. “Guardiola does have time because he is on holiday. The same goes for Del Bosque, who has no match for another three months.” 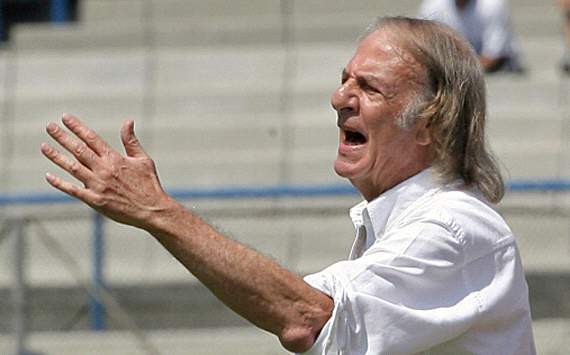 Michael Essien’s loan spell with Real Madrid has been provisionally terminated to allow the midfielder to return to Chelsea and receive treatment for an injury which has kept him out of action since November 11.

The Ghanaian is expected to respond better to rehabilitation with the west London club who have dealt with his complex injury problems in the past.

Real’s assistant manager, Aitor Karanka, has hinted that Essien’s failure to respond to treatment in Spain is the main reason for his return to Stamford Bridge.

“Essien is not injured but is suffering from an allergic reaction to a drug,” stated Karanka at a press conference.

The 29-year-old has struggled for sustainable fitness in recent years and only managed 14 appearances for Chelsea last season. However, the Liga side are optimistic that his latest problem can be quickly resolved and he can return to Madrid in the New Year.