The January transfer window edges ever closer and with strengths and weaknesses in Premier League squads starting to tell, the division’s managers will be keeping a close eye on targets plying their trade abroad.

Goal.com brings you brings you both the best and worst individual displays throughout the week as we track those who could be moving to Premier League clubs when the window re-opens for business. 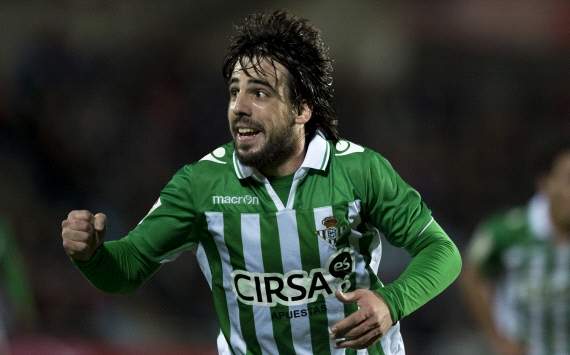 Manchester City’s midfield target Benat led Real Betis to fifth in La Liga after his drive from the edge of the area was the only goal of the game and handed his side a memorable home win over Real Madrid.

Serie A top scorer Stephan El Shaarawy has also been linked with Manchester City and was a consistent threat on the counterattack as AC Milan held on to a narrow first-half lead over Juventus to cut the Bianconeri’s lead to just four points clear at the top.

Centre-back Andreas Granqvist has been linked with Liverpool, Newcastle and QPR and saw Genoa climb off the bottom of the table after he helped the Rossoblu shut out the Atalanta attack to record a 1-0 victory despite going down to 10 men.

Lewis Holtby set up Klaas-Jan Huntelaar for Schalke’s opening goal against Eintracht Frankfurt but the reported Arsenal and Liverpool target could not help the Konigsblauen avoid slipping to third after conceding an equaliser.

In-demand Robert Lewandowski moved level at the top of the German goalscoring charts with his ninth goal after netting the winner as Borussia Dortmund came from behind to record a 2-1 away win over Mainz and climb to second in the Bundesliga behind Bayern Munich, who thrashed Hannover 5-0 to establish a nine-point lead.

Attacker Andre Schurrle was linked with Chelsea over the summer and more recently with Arsenal, and set up fifth-placed Bayer Leverkusen’s second goal in a 2-1 away win over Hoffenheim before hitting the bar from 35 yards.

Eredivisie top scorer Wilfried Bony has reportedly caught the eye of Chelsea and Liverpool and netted his 15th goal of the season and the winning goal for Vitesse Arnhem who climbed to third place after coming from behind to record a 2-1 away win over league leaders PSV Eindhoven.

Andre Ayew has been linked with a move to West Ham and helped Marseille to a narrow 1-0 win at home over Lille as Les Phoceens stayed level at the top of Ligue 1 with a game in hand over Paris Saint-Germain who beat Troyes 4-0, while substitute Loic Remy returned from injury having attracted interest from Chelsea, Newcastle and previously Tottenham. 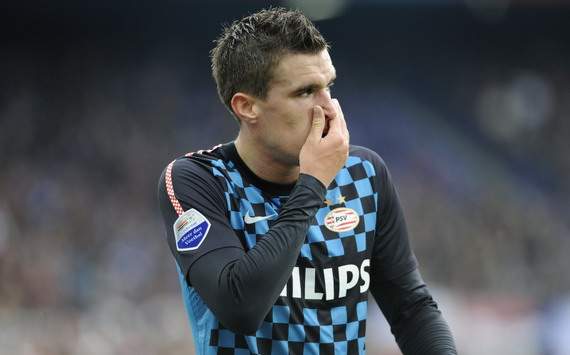 Manchester United target Kevin Strootman saw PSV Eindhoven’s lead at the top of the Eredivisie shrink to just two points after Dick Advocaat’s side were unable to hold their early lead against Vitesse Arnhem despite several opportunities and went on to concede from a free kick and then a late goal.

Karim Benzema has also been linked with a possible move to Manchester United in exchange for Javier Hernandez but drew a blank and saw two efforts chalked off for offside as Real Madrid went down 1-0 away at Betis, leaving Los Blancos 11 points behind leaders Barcelona in the race for La Liga, who recorded a comfortable 4-0 win over Levante.

Versatile attacker Heung-Min Son has held off signing a contract extension with Hamburg amid interest from Arsenal and Liverpool of late but could not help his side as they lost 2-0 away to Fortuna Dusseldorf to drop into the bottom half of the Bundesliga.

Real Madrid have no fresh injury worries ahead of Tuesday’s clash with Alcoyano at the Santiago Bernabeu.

Boss Jose Mourinho is likely to name a much changed side from the one that lost 1-0 to Betis on Saturday, so there could be rare starts for Kaka, Jose Callejon, Ricardo Carvalho, Raul Albiol and Alvaro Morata.

Alcoyano could make changes to the team that drew with Villarreal’s reserves at the weekend as they look to overturn a 4-1 deficit from the first-leg.

Barcelona defender Gerard Pique believes it is too soon to write off Real Madrid in the Primera Division title race.

The reigning champions are trailing Barca by 11 points following their loss against Betis at the weekend, but Pique believes that they can still trouble the Blaugrana this term.

“We’re having a great start to the season and that’s allowed us to claim the top spot in the league,” he told reporters following the game.

“The difference with Madrid is certainly not definitive, though. You can never count Real Madrid out.”

The centre-back then went on to praise the Catalan club’s defensive performance in their 4-0 win over Levante after they looked vulnerable at the back earlier this campaign.

“We’ve been conceding a lot of goals recently from isolated plays, but today we put in a good defensive performance.”

Barcelona boss Tito Vilanova has stressed that the Liga title race is not over, despite his side opening up an 11-point gap to champions Real Madrid.

The Blaugrana cruised to a 4-0 win over Levante on Sunday evening, taking full advantage of los Blancos‘ 1-0 defeat to Real Betis on Saturday night before to consolidate their position at the top of the table.

However, Vilanova has warned that there is still a long way to go this season, and highlighted the threat posed by current second-placed side Atletico Madrid, who defeated Sevilla 4-0 at Vicente Calderon earlier on Sunday evening.

He told reporters after the match: “We scored very quickly in the second half and that defined the match. The first half was what we expected, because they are a team that works very well [together] and they break quickly.

“The league is not finished. Firstly because we’ve only played third of it, and then because Atletico are behind us and are very strong.

“There’s still a lot to play for, 75 points is a lot. Also, remember that in the first year that we were 11 points clear of Real Madrid and had to go to the Bernabeu and win.

“Atletico have had a good start, which isn’t a surprise as they finished last season very strongly. All we can do is focus on beating Athletic. I want to focus only on us.”

Rafael van der Vaart does not expect to play until after New Year after lasting just 30 minutes during Hamburg’s 2-0 defeat at Fortuna Dusseldorf on Friday night.

The Dutch international suffered a hamstring injury in the defeat to the newly promoted side and is expected to miss his team’s games against Schalke, Wolfsburg, Hoffenheim and Bayer Leverkusen before the Bundesliga’s winter break.

“It feels like a tear,” the former Tottenham and Real Madrid midfielder told German magazine Kicker.

“It’s not an injury with which you can play again after a few weeks. It will be difficult to play again this year. The injury hurts more than the defeat.”

The 29-year-old is an idol in Hamburg after a successful first spell with the club from 2005 to 2008, before leaving to join Spanish giants Madrid.

The defeat leaves Hamburg in 10th place in the league on 17 points from 13 games, while Dusseldorf climbed up to 14th place after the victory, which was the club’s first home triumph in the German top flight for 15 years.