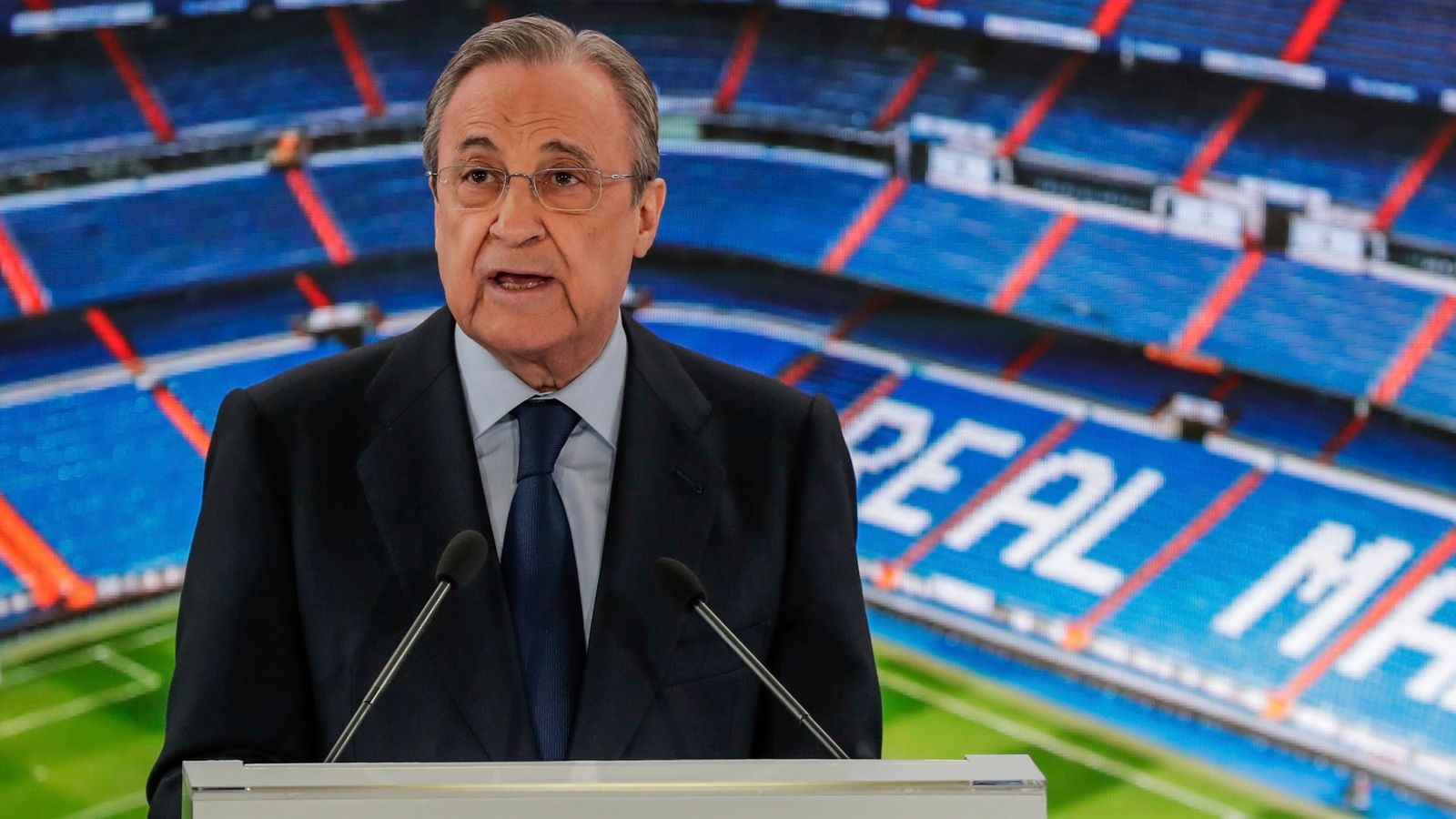 Real Madrid president Florentino Perez has defended the idea of the European Super League, claiming it is the only way to enforce tighter financial controls on teams as UEFA’s financial fair play (FFP) model plays into the hands of clubs backed by sovereign states.

Twelve big European clubs said in April they planned to form a breakaway league, but the plan imploded within days following the withdrawal of the six English clubs involved and then Atletico Madrid, AC Milan and Inter Milan.

Only Barcelona, Real Madrid and Juventus continue to support the plan.

“It is a project that will at last implement financial controls which are strictly respected and prevent the increasing proliferation of unacceptable situations in which clubs receive indiscriminate financial support from states or other sources,” Perez told a Real Madrid general assembly meeting.

“This practice unbefitting of the European Union adulterates competition and drives football into financial ruin,” he added.

“Clubs were threatened with sanctions unbefitting the rule of law and club presidents were insulted. How is it possible for the UEFA President to publicly insult the president of Juventus, one of the oldest and most prestigious clubs, with words I am incapable of pronouncing here?” Perez said.

“The pressure and threats exerted by UEFA reached such an extreme that nine of the 12 clubs had to publicly announce their will to withdraw from the project regardless of the binding commitments they had signed and which could not be legally broken.”

UEFA began an investigation into Real Madrid, Barcelona and Juventus over the plan but in June it suspended the process after the European Super League Company SL, set up by the rebel clubs, obtained a court order in Madrid against the probe.