Paris Saint-Germain sporting director Leonardo says the club have turned down Real Madrid’s €160m (£137m) bid for Kylian Mbappe despite the player making it clear he wants to leave.

The France World Cup winner, 22, joined PSG from fellow Ligue 1 club Monaco for £166m in 2017 and is out of contract next summer.

“Yes, we said no verbally to Real,” Leonardo told RMC Sport. “No one is being held back. If someone wants to leave and our conditions are met, we’ll see.

“The offer is considered to be a far cry from what Kylian is worth today. We also owe part of this money to Monaco and we consider that the bid is not sufficient.”

Mbappe, who has started all three of his side’s Ligue 1 games this season – scoring in a 4-2 win against Brest on Friday – has also promised PSG he will not leave for free, according to Leonardo.

“Kylian always promised that he would never leave the club for free. That’s what he’s always told us.

“We have no plans to talk to Real Madrid again. The deadline is August 31 at midnight. That’s how the transfer window is, but we are clear about this: we want to keep him and extend his deal. But we’re not going to let him go for less than what we paid for him, when we still owe Monaco money.”

PSG signed Argentina forward Lionel Messi earlier this month after he left Barcelona. Leonardo says the club has tried to prove to Mbappe that he is central to the club’s vision but not “above the project” with their offer of a new contract. “We made two important offers to Kylian: one at the level of the top players in the squad two months ago, and one above these players very recently.”

Real Madrid are now considering whether to make an improved bid for Mbappe, although they believe their opening offer of €160m was fair given they can sign him on a free transfer next summer.

The French forward – who will be able to sign a pre-contract agreement with Real on January 1 – wants to leave PSG and hopes the club will allow him to do so.

However, Mbappe accepts negotiations could be drawn out until the end of the window, and he will continue to train professionally in the meantime.

PSG have always been aware that Mbappe is a Real fan and that the club represents his dream move.

‘War has broken out between world’s biggest clubs’ Sky Sports News reporter Kaveh Solhekol says PSG and Real Madrid are now ‘effectively at war’ over Kylian Mbappe and relations between the two clubs are now at an ‘all-time low’.

“It’s time to get the popcorn out. War has broken out between two of the world’s biggest clubs. The background to this is that Mbappe has one year left on his contract while PSG are trying to get him to sign a new deal.

“The player himself wants to go to Real Madrid. Two days ago, Madrid made a bid of £137m even though he’s only got 12 months left on his contract.

“They’ve made it so late in the window knowing PSG would turn it down, just so that Real can turn around and say to Mbappe, ‘look, this is how much we wanted you. We’re even willing to spend this much when you’ve got a year left on your contract’.

“Real are getting ready for next summer, but the only problem for Leonardo is that Mbappe has given his word to PSG that he’ll never leave the club for free.”

‘Mbappe sees himself as the next Messi’ 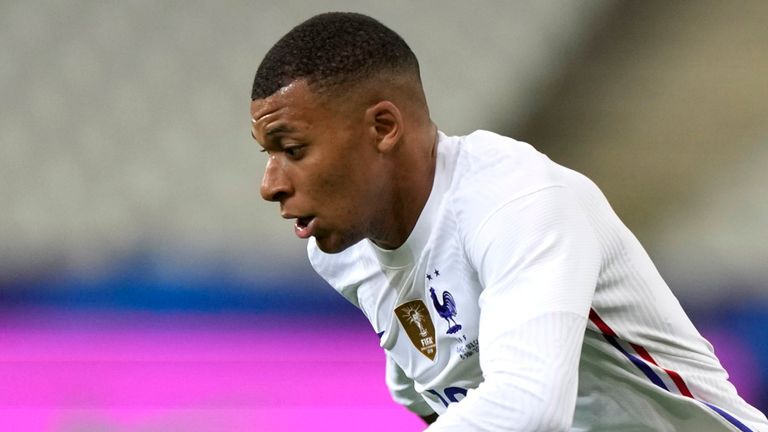 “I think this is a huge game-changer. In light of what Leonardo has said to the French media, I think Mbappe is closer now to joining Real Madrid within this summer transfer window than he is to staying at PSG. Leonardo has said that Mbappe wants to leave and it’s the first time that anyone at PSG has confirmed that.

“He’s said that PSG don’t want to sell and that’s been their stance all along. He’s also said that if any player wants to leave, then the club won’t stand in their way provided their valuation is met. He’s basically paving the way for Real Madrid to come back in with another bid.

“Assuming their bid matches what PSG are holding out for, then I think we could see Mbappe standing on the Bernabeu pitch with a Real Madrid shirt within the next week.”