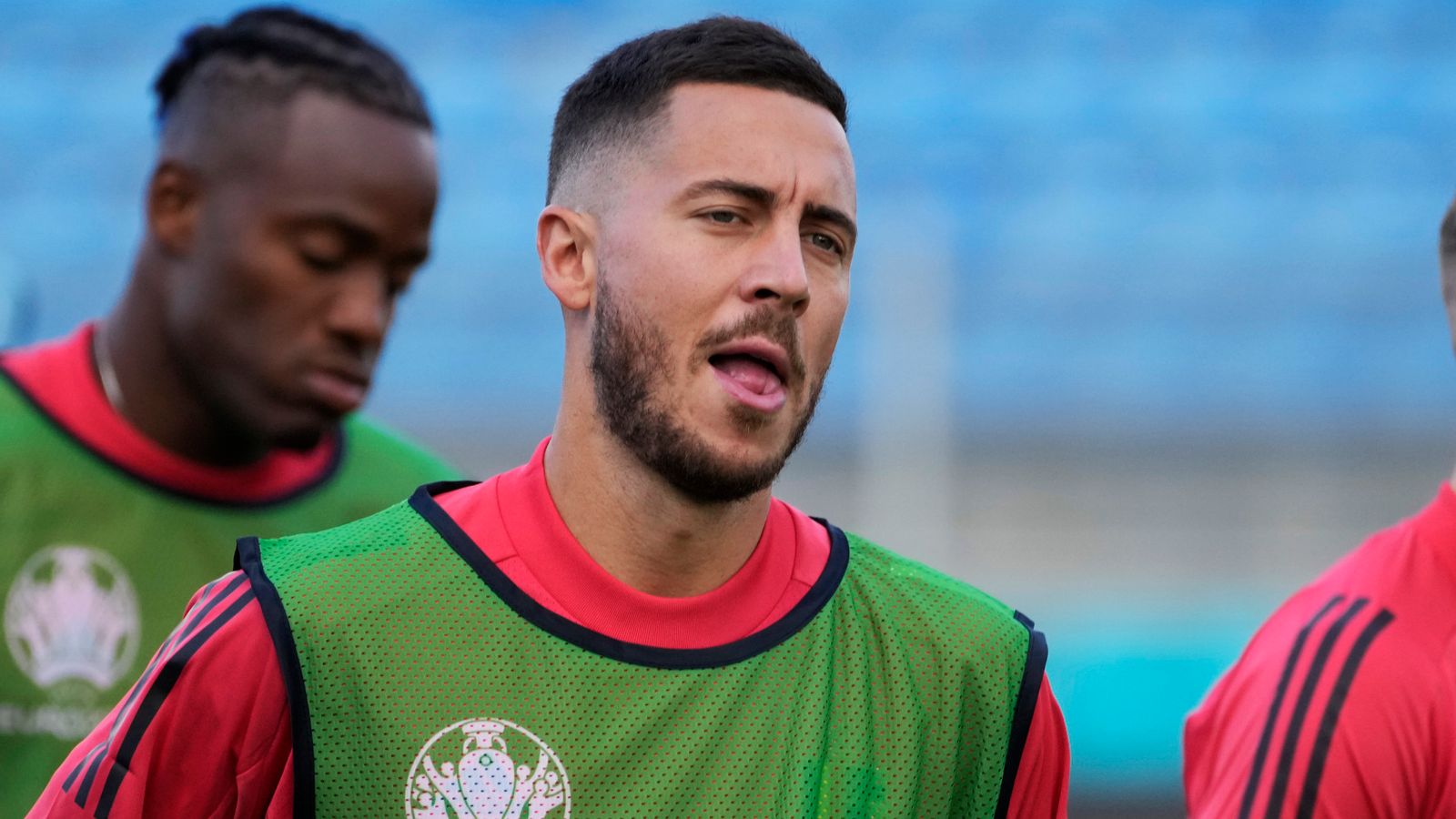 Eden Hazard has dismissed the idea that he cannot become the dominant force for Real Madrid that he has been for his country.

Hazard, part of the Belgium squad at Euro 2020, has been dogged by injury during his first two seasons in Madrid and is currently returning to full fitness following a muscle strain.

“I broke my ankle three times, it will never be the same as 10 years ago,” Eden Hazard said.

“But I know that when I am in shape, I can prove myself on the field and that’s what I’m working on now.

“I try to be a leader on the pitch regardless of who I’m playing for but you can only become a leader if you’re playing well and I play a lot more with the national team.

“I think if I have playing time with Real Madrid I can also become a leader there.”

The 30-year-old former Chelsea playmaker has stepped off the bench in both Belgium’s games in the tournament so far and is hoping for a longer run out in their final Group B match against Finland in St Petersburg on Monday.

“I don’t think I’m yet at 100 per cent,” Hazard added. “I think I’m ready to start a game, but it’s always been in the pipeline from the beginning of the tournament, it was always to have this incremental approach.

“I’m going to play a little bit more each time until I hit that 100 per cent mark. We’ll see how long I can play for tomorrow.

“That was the plan, to bring me along gradually and to make sure I am completely fit in the knockout phase.”

The Red Devils have already qualified for the round of 16 after beating Russia 3-0 and Denmark 2-1 in their first two group matches.