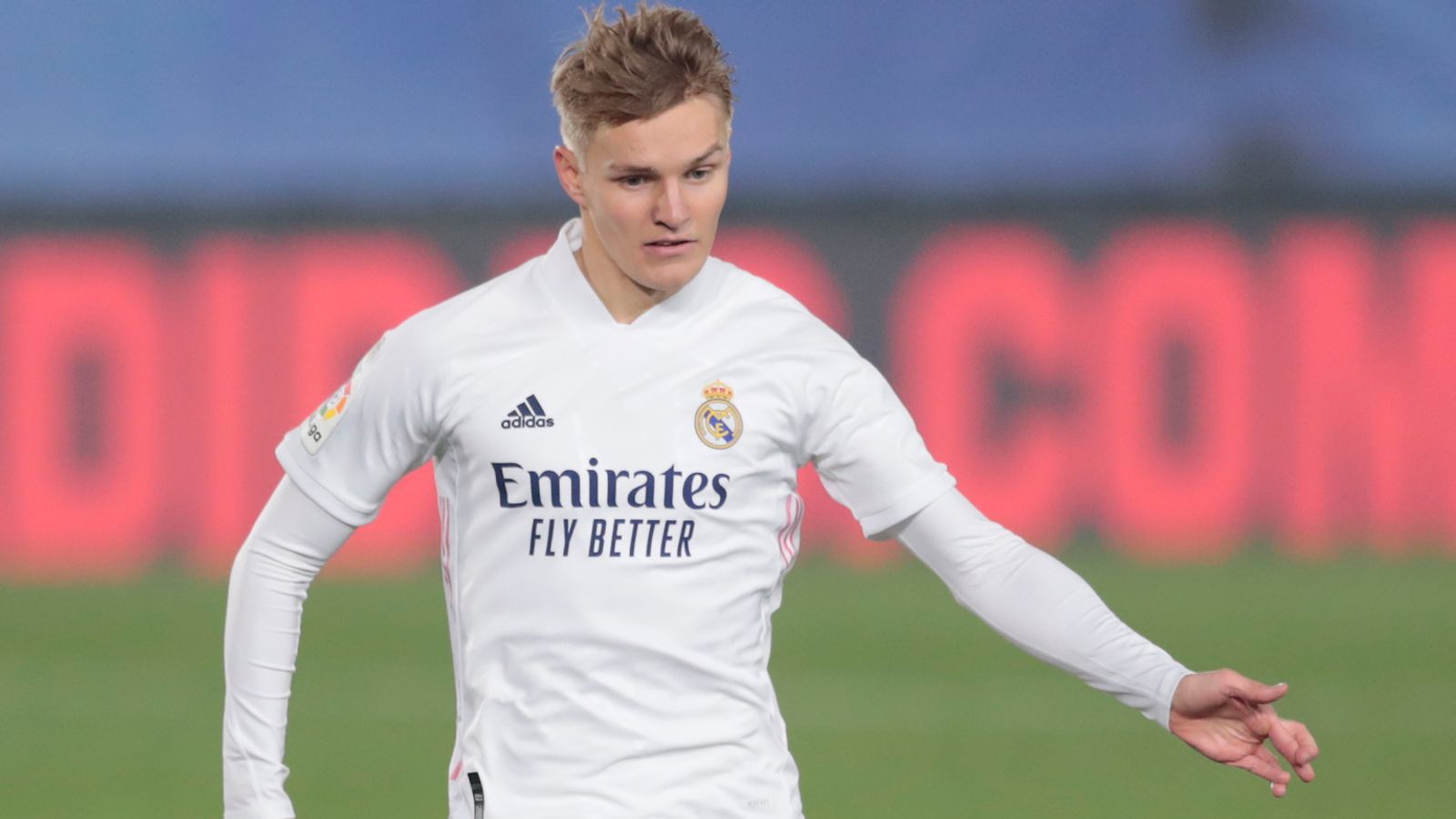 Odegaard made it clear he wanted to leave this month in order to play regular first-team football, having played just nine times in all competitions for Real Madrid this season.

Real Madrid held productive talks with the Norway international in the last 24 hours, while negotiations with Arsenal are progressing well, although an agreement is yet to be reached.

Real Sociedad were keen on re-signing Odegaard after his season-long loan stint last year, but it is thought Real Madrid’s preference is to send the 22-year-old to a club outside La Liga.

Odegaard registered seven goals and nine assists across 36 appearances on loan at the La Liga side last season, leading Real Madrid to cut short his two-year loan and make him part of their first-team squad.

A number of Premier League clubs were also interested in Odegaard, including Leicester, although the Foxes opted not to pursue the Norwegian international after preliminary discussions.

Cautious optimism at Arsenal over Odegaard

“I was previously told Friday would be a significant day, not necessarily in terms of an official announcement but rather negotiations would step up a level, and that has proved to be the case.

“Arsenal and Real Madrid are in advanced negotiations over a loan move until the end of the season.

“It follows productive talks between Martin Odegaard and Real Madrid. He told them his primary motivation for wanting the move away was regular football, and he got his wish.

“We told you about Arsenal’s approach on Monday and that ultimately is a disappointment for Real Sociedad. They had been confident of taking him back on loan for a second spell.

“But regarding Arsenal, I must stress nothing is signed yet. Clubs tend not to relax until that happens, but it is fair to say there is cautious optimism at Arsenal.”

What will one-time wonderkid Odegaard bring to the Premier League?

What will Odegaard bring to the Premier League? Well, hype, hope and a lot of media attention for starters.

The attention of the footballing world was centred on him in 2015 when, a month after his 16th birthday, Real Madrid won the race for his signature – and the interest in the now 22-year-old is set to ignite again.

Already a Norway international when he joined Real, Odegaard – who had drawn excitable comparisons with Lionel Messi – immediately began training with the first team and became the club’s youngest-ever player in the final game of that season.

Back then, the anticipation of what Odegaard would become at the Bernabeu knew no bounds – but his progress, perhaps disappointingly for some, has been quieter since, as the gradual progression of a midfield technician has taken shape.

Patience is paying off now, though. After an underwhelming 18-month loan spell at Heerenveen, Odegaard had a standout season at Vitesse in 2018/19, creating more chances than any other player in the Dutch top flight, and finishing third in the assists chart to Dusan Tadic and Hakim Ziyech.

He backed it up with an impressive season at Real Sociedad last year, when he hit double figures for goal contributions, and was recalled to Real Madrid as a result.

While a way into Zinedine Zidane’s line-up has ultimately been hard to find, Arsenal are now set to land a classy creator, a pass-master and an attacking midfielder with a fine touch and bright awareness of the game.

Odegaard will bring excitement on the pitch as well as off it.

The winter transfer window is open until Monday, February 1 at 11pm.

Follow all the news and analysis on Sky Sports News and across Sky Sports‘ digital platforms, including our dedicated Transfer Centre blog.