?The role of the full-back is so complex and developed in the current climate.

Not only are they expected to protect the flanks and create a fifth attacking outlet as part of the modern-day tactical trend of having five attackers occupying five vertical zones in the final third, but the influence of Pep Guardiola has seen the emergence of the ‘inverted full-back’ become more prominent in European football. 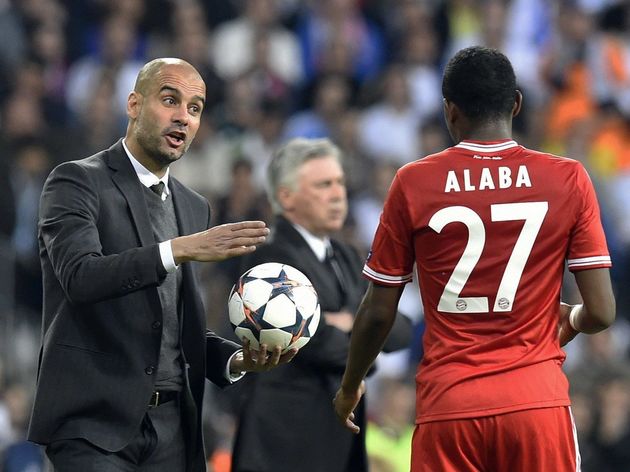 David Alaba and Kyle Walker have, in particular, been subject to this role under Guardiola, serving the purpose of helping a side be more effective in defensive transition, assisting the build-up phase and opening up wide areas.

In summary, full-backs are more important than ever.

So, here at 90min, we’ve already ranked the top 25 best full-backs in world football, now it’s time to take a look at how some of the best partnerships.

Strap yourselves in people, this could get controversial, but here are the current top ten full-back tandems in football… Following the departure of Joao Cancelo to Manchester City in the summer, it was reported back in August that Maurizio Sarri was keen to deploy winger Juan Cuadrado at right-back for the upcoming campaign.

And that’s exactly what he did, with the Colombian regularly appearing on the opposite flank to Alex Sando; who despite struggling to rediscover his 2016 best under his new manager, proved a reliable option at both ends of the pitch.

Nevertheless, with Juve often failing to penetrate in central areas, Cuadrado was somewhat of an x-factor in the first half of the campaign; providing Juve with a different dynamic in attack amid their narrow 4-3-1-2 formation. And while Navas has enjoyed another steady campaign – four La Liga

The rapid Spaniard loves to overlap and affect play in the final third, while his tremendous engine means he can keep marauding down that left flank for the full 90 minutes. Reguilon’s five goal contributions this term show his knack of producing in the attacking third, while his 3.3 tackles and interceptions highlight his ability to anticipate play.

It’s the form of Reguilon and the balance established between the two full-backs which elevate the Sevilla pair into the top ten. A combination of rotten injury luck and Julian Nagelsmann’s tactical flexibility get this Leipzig duo onto this list.

In Die Roten Bullen’s first game of the Bundesliga campaign, Lukas Klostermann and Marcel Halstenberg were used as two wing-backs before injuries to Ibrahima Konate and Willi Orban saw the aforementioned pair forced to flank Dayot Upamecano at centre-half before football ground to a halt.

This allowed January signing Angelino and Nordi Mukiele free reign at wing-back in the weeks leading up to the suspension; with the former thriving in an attack-minded role while the versatile Mukiele showed himself to be an absolute demon in all phases of play.

A combination to watch out for. Marco Rose’s impact at Borussia Park has been profound, with the exciting German coach ensuring Stefan Lainer and Ramy Bensebaini both enjoyed successful debut campaigns at the club up to this point.

The technical proficiency of the pair allowed Gladbach to combine effectively down the flanks this season, while Lainer and Bensebaini have been key in stretching the pitch to create better crossing situations in the final third. Gladbach’s two full-backs themselves have combined for eight Bundesliga goal contributions this term.

From a defensive standpoint, they both possess impressive recovery speed which means they’re rarely caught out in defensive transition, while they also have the aggression and awareness to contribute to Rose’s high press and fierce counter-press.

Overall, Lainer and Bensebaini’s skillsets fit Rose’s system like a pair of gloves and it’s shown this season. Gasperini’s ‘positional play’ system is all about creating overloads all over the pitch and unbalancing opposition defences with constant rotations. The intelligence and ultra-aggressive nature of these two wing-backs have helped bring Gasperini’s ideas to life this term.

While Hateboer has just three assists to his name this season, Gosens has been a major beneficiary of Gasperini’s magic; with the German scoring seven times and assisting a further five. His impact on this Atalanta side can be liked to Marcos Alonso

The pair aren’t called into defensive action all that often but when they are, they’ve proven to be stout defenders as well. The duo average 3.35 tackles and 1.9 interceptions per 90 in Serie A and the Champions League While there are holes to be picked in Ben Chilwell’s game, there’s no doubting this duo work brilliantly in tandem; with Ricardo Pereira establishing himself as one of Europe’s most complete right-backs.

The two play a key role in Brendan Rodgers’ 4-1-4-1 at the King Power, positioning themselves high and wide to facilitate overloads on the flanks and allowing wingers to tuck inside to combine with the likes of Jamie Vardy and James Maddison.

While Chilwell has proved to be a technically sound customer and a reliable enough defender, Pereira shone down the right flank before his injury; registering team-highs in dribbles completed (2.1) and tackles (4.3) per 90 this season.

The aggressive positioning of the duo can often lead to defensive vulnerability, but they both possess the necessary recovery speed to make up for it and overall, they’ve Despite sharing the load with Marcelo this season, we’ve included Ferland Mendy on this because he’s ultimately Los Blancos’ long-term number one left-back.

And despite the Real

The Spaniard has certainly struggled at times this season – see the Champions League encounter against City – but has also stood out on occasions as well – most notably in the most recent Clasico.

Carvajal’s five goal contributions, 3.6 combined tackles and interceptions in La Liga are nonetheless respectable and in the coming years, you can expect this duo to form a deadly partnership in Zinedine Zidane’s side. 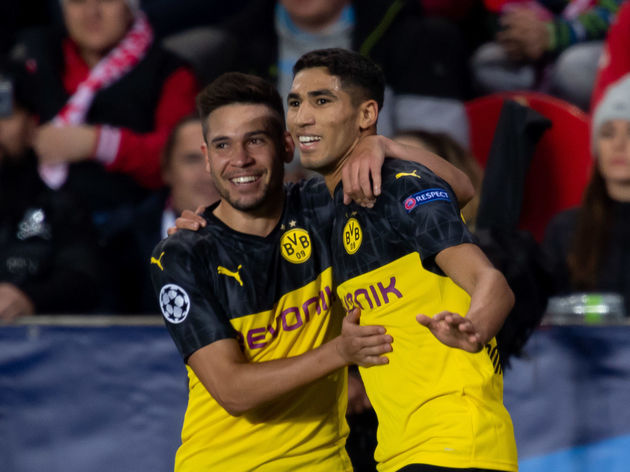 Lucien Favre’s switch to a 3-4-3 at the start of December ultimately saved his job and turned Dortmund into title contenders, with wing-backs Achraf Hakimi and Raphael Guerreiro playing such a pivotal role in the dynamic system.

The pair complement each other wonderfully well in that they both bring something a little bit different to the BVB flanks. Hakimi, for example, is someone excels in combination play and exploits space smartly, while Guerreiro thrives in tight spaces.

Their tremendous engines, meanwhile, also allow BVB to defend effectively in a 5-4-1; something which went a long way in solving their defensive woes before the break. The use of asymmetrical full-backs has been deployed brilliantly by Hansi Flick since his November arrival.

Niko Kovac’s former assistant has given licence to the phenomenal Alphonso Davies to roam free so Bayern can overload the left flank, while the technically proficient Benjamin Pavard tucks in to create a back three in the Bayern

The remarkable form of Davies, though, who’s swiftly established himself as potentially the world’s best left-back in a matter of months, is what has boosted the Die Roten duo up to second in this list. I mean, if you’re the two finest full-backs on the planet it’d be pretty hard to not to recognise the Liverpool

While the impact of Virgil van Dijk and Alisson on Jurgen Klopp’s Reds is unquestionable, we can’t underestimate just how important this full-back tandem is.

Klopp’s functional midfield allows these two to serve as Liverpool’s fourth and fifth attackers in what’s usually a 2-3-5 attacking build-up; with Robertson’s determined surges down the left and Alexander-Arnold’s awe-inspiring delivery key in the Reds’ multi-faceted attack.

While the pair have contributed to 22 Premier League