?With the coronavirus pandemic ongoing, it’s hard not to find yourself watching clips of the great Real Madrid teams to pass the time.

Los Blancos has had some of the best talent in the world adorn the famous white jersey in the Santiago Bernabéu – no wonder they’ve been dubbed the ‘Galacticos’.

With that in mind, 90min have conjured up the greatest Real Madrid team, and have looked to the past for inspiration. But there’s one catch: each nationality can only be represented once.

It’s a difficult task, but here’s the XI we came up with… Possibly an unsung hero in this team, Navas isn’t the most imposing goalkeeper who has lined up for Los Blancos. But his quick reflexes and superb shot-stopping abilities more than makes up for his small stature.

Viewed by some as the greatest Latin American goalkeeper ever, the Costa Rican international won three Champions League titles at the club, and was instrumental in each of these triumphs. He’s also the only non-Spanish goalkeeper to play 100 games for Real, which emphasises just how good he was. You either love him for his defending, or hate him for his antics. Regardless, ?Ramos is undoubtedly one of the best Real defenders ever and is versatile enough that we can place him at right-back.

Having won a staggering 21 trophies with Los Blancos, his all-action style has made him a club legend and a shoo-in for this team, despite all the famous Spaniards who have played at the Bernabéu. 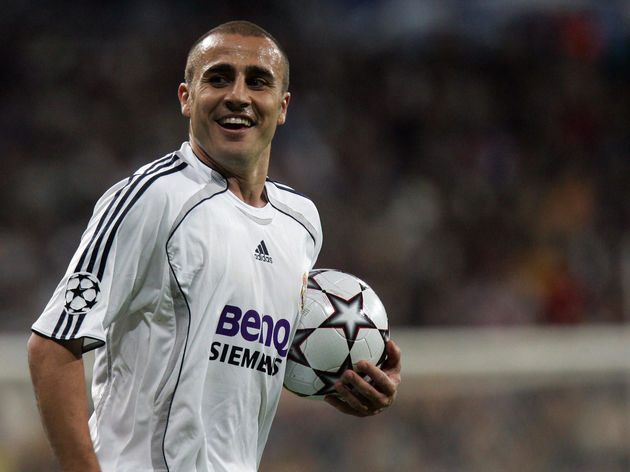 One of the great Italian defenders, Cannavaro was a superb player on his day.

He only spent three years in Madrid but won two La Liga titles and was given a standing ovation during his last game for his contributions, before heading back to Italy in 2009. Having spent nearly a decade in Madrid, it’s easy to forget Varane started his career in France before being signed by Los Blancos in 2011.

A level-headed centre-back who is superb with and without the ball, ?Varane has become a mainstay at the Bernabéu. He’s won 17 trophies so far and will look to add more to his collection. Considering how long he’s been at the club, it might be surprising to learn he’s still only 26 years old… The weak-spot of this team? For sure. But Solari is still a decent player to have regardless.

A solid player who could be relied upon to do whatever was asked of him, the Argentinian international made over 200 appearances for the club. He won two La Liga titles, as well as a Champions League, before departing for Inter in 2005 and later returned for a short spell as Real’s manager. Beckham arrived to Madrid in 2003 with much fanfare and the England star delivered, with his trademark crossing and passing abilities setting up many a goal for his teammates, including in the 2006/07 La Liga-winning season.

Is he a centre-midfielder? Not really, but we’re willing to make an exception for the Manchester United legend… ?Modri? has been so good for Real, that he’s excelled at every role the club have asked him to play – whether it was playing behind the striker, or now as a deep-lying holding midfielder.

The Croatian international has been ever-present for Los Blancos since he arrived in 2012 and has won 16 trophies to go with his 2018 Ballon d’Or award.

With all that being said: how could we not have him in this team? One of the best passing midfielders of the decade, ?Kroos is another player who can do it all.

He can play in any midfield position and play there well – whether tasked with snuffing out opposing attacking midfielders or creating openings for his strikers.

The German is a fantastic player to have, and with over 250 games for Real, is another easy pick for this team. The team wouldn’t be complete without ?Cristiano Ronaldo.

Arriving in 2009 as an exceptional dribbling winger, he evolved his game at Madrid to become a lethal centre-forward.

With 450 goals for the club, the Portuguese legend was a club icon when he left, and Los Blancos still miss his goal-scoring ability as they’ve struggled to replace him ever since. 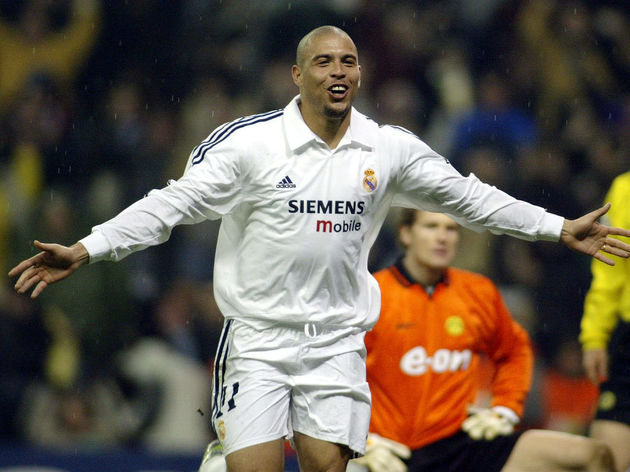 It’s great to have one Ronaldo, but two of them makes this team an outstanding one.

The man they call ‘El Fenomeno’ was a once-in-a-generation talent who could score with every opportunity that was given to him. Many regard the Brazilian as the complete forward, who terrified defenders whenever he ran at them.

If you don’t believe us, watch his hat-trick against Man Utd in 2003. A jaw-dropping display. Even though he’s recently become more known in Spain for his golfing abilities than his football, ?Bale is still a worthy inclusion to complete this team.

When fully fit, he’s taken apart opposing defences with his blistering speed, something poor Marc Bartra experienced in 2014. And Liverpool fans who watched the 2018 Champions League final can agree that the Welshman can score from pretty much anywhere.

A front-three of Cristiano, Ronaldo and Bale? Dreamy.