The likes of Manchester United and Real Madrid a?mong others have been dealt a blow in their pursuit of Borussia Dortmund wonderkid Erling Haaland, as a report has explained that the attacker’s release clause won’t become active until the summer of 2022.

Teen star Haaland netted 16 league goals in 14 games for Red Bull Salzburg in the first half of the season, as well as a further eight goals in just the six Champions League games.

As a result, it was hardly surprising that pretty much every major club in Europe was linked with his signature. Ultimately, Haaland opted to join Dortmund in January after they activated his £17m release clause. 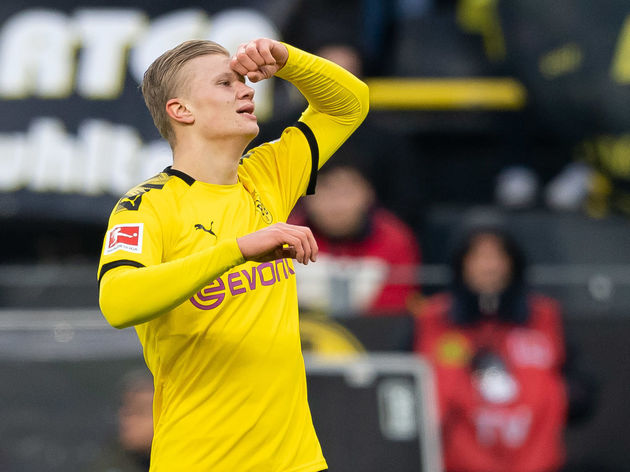 The striker made a blistering start to life at his new club, and already has 12 goals to his name after just 11 appearances. In total, he has a mammoth 40 goals in just 33 games in 2019/20, and a further nine assists.

And even though Haaland is still settling into life at his new home, he has already been linked with a move away. That is because reports soon surfaced that ?he has a release clause inserted in his contract

?Bild€75m (£65m) clause in his deal, and although they don’t dispute this part, Bild note that this is ‘misinformation’ because it will only become active in 2022 at the earliest.

Furthermore, should any club such as ?Man Utd, who were extremely keen on him before his move to ?Dortmund, wish to approach his current club, an offer ‘well above’ his market value