Despite all the uncertainty triggered by coronavirus, one thing that remains a constant is the ambiguity of Paul Pogba’s Manchester United future.

The midfielder still wants out of Old Trafford in the summer?, and could go to ‘war’ with the club to get his desired move, according to reports in France.

The 27-year-old had been heavily linked with a move away from Manchester in the summer, but the January arrival of Bruno Fernandes had seen him warming to the idea of remaining with Ole Gunnar Solskjaer’s side. According to French news outlet ?L’Equipe, Pogba is still determined to leave United, with the prospect of joining Real Madrid – who were linked with a move last summer – an attractive prospect for the 27-year-old.

L’Equipe state that Pogba is prepared to go to ‘war’ with ?United in order to secure the move that he craves.

On Wednesday, 90min exclusively revealed that Pogba’s favoured destination was ?Real Madrid, due to his ambition to work with his hero Zinedine Zidane.

Pogba will have two years left to run on his contract at Old Trafford at the end of the season, and having already completed three years at the club, he would be able to buy out his contract, in line with Article 17 of the Fifa transfer regulations.

This is a controversial loophole in the transfer system that is rarely exploited. Article 17 states players can leave their contracts without just cause once the three-year protection period ends.

Andy Webster’s transfer from Hearts to Wigan in 2006 is one of the few examples of clubs successfully using Article 17.

Webster moved on a free to Wigan, despite still having a year to run on his Hearts deal. The Court of Arbitration for Sport eventually ordered the Latics to pay Hearts £150,000 – his final year salary at Tynecastle Park. 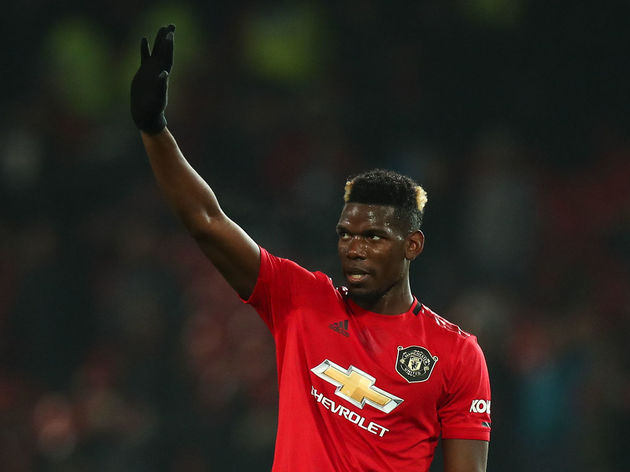 However, ?Pogba is on a slightly more lucrative deal at Manchester United than Andy Wesbter was at Hearts 14 years ago.

If he was to attempt to follow in the footsteps of the Scottish centre half, it would cost him £43-53m to buy out his United contract.

Although he is determined to secure a move to Real, this is not currently Pogba’s intention.

United may not be averse to allowing Pogba to leave the club in the summer if the price is right, in order to raise funds for transfer targets Jack Grealish and Jadon Sancho and refresh the squad.