?Despite El Clasico victories and 15-game unbeaten streaks in La Liga, things started to unravel at the Bernabeu in the weeks leading up to the universal suspension as a result of the coronavirus pandemic.

First, they were overwhelmed by a dynamic Real Sociedad side in the Copa del Rey before they were totally outclassed by Pep Guardiola’s Manchester City in the first leg of their Champions League last 16 clash in Madrid.

A 2-1 defeat in Seville at Betis in Los Blancos’ final game before the halt allowed Barcelona – who’d they’d just beaten in the Clasico – to return to the La Liga summit with a two-point lead. Overall, the City game especially proved that Real are some distance away from returning to their imperious, supergiant status under Zinedine Zidane. At the moment, this is a pretty average Real Madrid outfit.

Heavy investment in the right areas and the shipping out of deadwood are imperative in the next transfer window – whenever that might be.

Real should be targeting at least four positions ahead of next season; with centre-back, central midfield and striker the overwhelming priorities.

Dayot Upamecano – Questions can certainly be raised whether the proactive and risk-taking Upamecano is a stylistic fit for Zidane’s pragmatism but nonetheless, the club have reportedly made the Leipzig defender their ‘summer priority’. £55m Marc Roca – With Espanyol destined for the drop, Real shouldn’t hesitate in picking up defensive midfielder Roca. The Spaniard is a fantastic defender and is blessed with a skillset which should allow him to play in a single pivot role in midfield. The 23-year-old would serve as Casemiro’s much-needed cover option until Camavinga returns. £25m

Fabian Ruiz – Despite a resurgent Toni Kroos campaign and the establishment of Federico Valverde in midfield, there’s little doubting Real are in desperate need of some creativity from their number eights. In Napoli’s£52m Martin Odegaard – The Norway international’s not even halfway through his current two-year loan deal at Sociedad but Real will have the opportunity to cut his loan deal short at the end of the campaign. While Zidane generally doesn’t deploy a number ten in his favoured 4-3-3, Odegaard’s versatility means he could line up on the right-wing or even as an advanced playmaker from a number eight role. £3.5m (recall from loan fee)

Victor Osimhen – With the departures of Luka Jovic and Mariano Diaz a possibility, Zidane will have to find Karim Benzema’s long-term replacement once more. They’ve identified the well-rounded Lille striker Osimhen as a potential target

Despite all their financial muscle, Real will struggle to afford such an expensive transfer window in the current climate. They’ll need to recuperate some of the funds via player sales and fortunately, they have plenty of options for the chopping block… 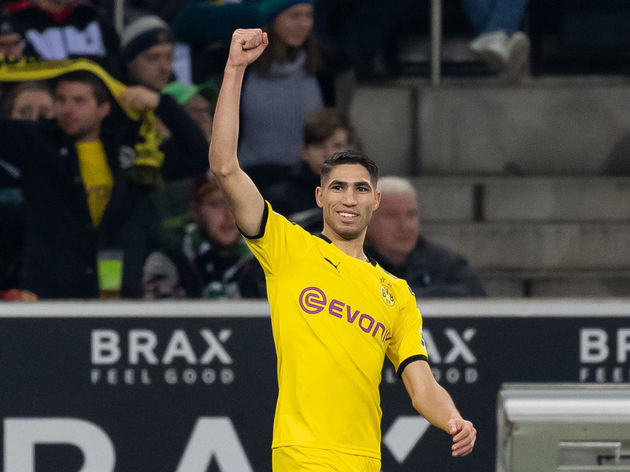 Marcelo – The Brazilian is still capable of pulling off 60-yard switches of play with the godliest of techniques, but with Ferland Mendy brought in last summer as his long-term replacement and Sergio Reguilon enjoying a stellar campaign on loan at Sevilla, it might be time to move on from the 31-year-old. £20m

James Rodriguez – Where has the Colombian actually been the past 12 months (or ever since he made the switch to the Bernabeu)? James is in desperate need of a change of scenery as he looks to resurrect his career during his prime. £26m

Lucas Vazquez – The epitome of a ‘good squad player’, Real surely have to move on from Vazquez if they are to return to the very top. £17m Mariano Diaz – Yes, he scored in the Clasico, but he’s nothing more than a third-choice striker in Madrid and Los Blancos should finally accept defeat after bringing back the 26-year-old from Lyon for £20m in 2018. £14m

Luka Jovic – It just hasn’t happened for the cold-blooded Serb in Madrid. And while it might be harsh to cut ties with the once ruthless Bundesliga £48m