?David Beckham and Ronaldo Nazario have discussed the possibility of organising a charity game to raise money for those affected by the current coronavirus crisis.

The pair were a formidable force during their time together at Real Madrid between 2003 and 2007, but have since gone on to take ownership roles in football – Beckham with Inter Miami and Ronaldo as majority owner of Real Valladolid.

Speaking during an Instagram Live, topics ranged from the glory days in Madrid, to the daily trials of running a football club, but it was a conversation about their respective ownership roles that sparked talk of a charity match.

“Inter Miami, wonderful colour. At [Real] Valladolid we have the same,” Ronaldo stated (via ?Yahoo). “We can do a friendly match after all this, and raise money for the people that need it.”

Former England captain Beckham then responded with: “We should do that. I think it is important to raise as much money for the people that have been working every single day trying to save lives, trying to do everything possible and are away from their children and their families.

“It’s such an important part of what we can achieve with the club we have been a part of and the players that we have been talking about, to do something special is very important.” 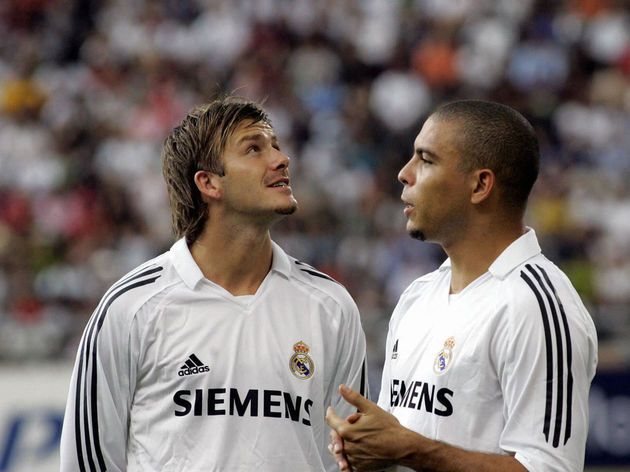 The thought of the pair lining up alongside fellow ‘Galacticos’ is a mouth watering prospect in itself, but backed with the intention to aiding the current global climate it could make for a spectacular affair.

A similar proposition was discussed by fellow ?Madrid and ?La Liga legend Iker Casillas, who asked Carles Puyol on Twitter about ?hosting another charity match against Barcelona.

Casillas wrote: “…WHEN ALL THIS NIGHTMARE IS OVER, we should gather the legends of years ago and play a VINTAGE CLASICO!!”

Just when you thought you couldn’t yearn for football anymore than now, this crops up. Needless to say, we all wait in anticipation for what is sure to be two cracking encounters.