?There was once a time that Wayne Rooney’s acrobatic effort against Manchester City was the archetype of the wondrous art form that is the overhead kick.

The way he arched his back and gracefully suspended himself in mid-air to connect with Nani’s cross and send it beyond the helpless Joe Hart; it’s an image that will be replayed over and over in ‘best goals’ compilations from now until the end of time. 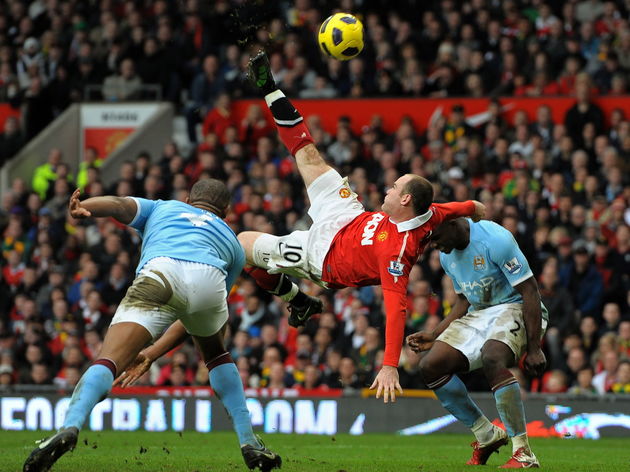 But let’s be honest; he hit it with his shin, didn’t he?

It was an great finish, but it was always waiting to be knocked off its pedestal. And while it might have had to wait more than seven years to be cast into the shadow of another, superior strike, when it came, it came in style.

And it was always going to be ?Cristiano Ronaldo that delivered it.

The season he was having in 2017/18 defied any sort of logic. By the time ?Real Madrid travelled to Turin for the first leg of the quarter-finals, he was already on 12 European goals for the season, having played just eight matches – and scored in all of them.

A Ronaldo masterclass, by this stage, was nothing alien to ?Juventus. He’d put them to the sword in Cardiff in the 2017 final less than a year earlier. His first goal on the night here, then, – a powerful low finish past ?Gianluigi Buffon in the first half – was no surprise, and looked as if it had Real well on their way to a run-of-the-mill win.

There was nothing routine, however, about what followed.

You could sense something magic was brewing when Dani Carvajal recycled the ball on the right after Lucas Vasquez had an effort well-saved by a recovering Buffon.

His hopeful cross was teasing and seemed to hang in the air for an age. Perhaps only Ronaldo, however, had the vision and the means to read it as an invite. 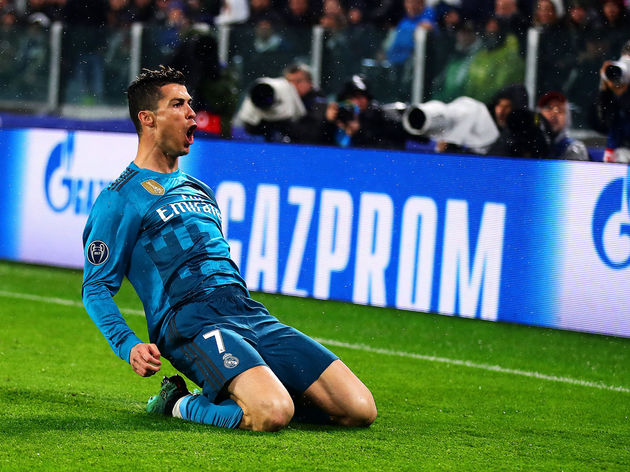 Racing back from an offside position beyond Giorgio Chiellini and Andrea Barzagli, his predatory instincts went into overdrive. Watching the ball like an eagle eyeing distant pray, he glided out towards the penalty spot, and was off his feet almost as soon as the right-back shaped to cross.

By the time it reached him, he must have been four feet off the ground, and with his right boot extended to an impossible height, he folded himself over and connected with frightening precision.

There was hardly any pace on the floated searcher that found him, but he generated enough power on the ball to fuel every household in Italy for the rest of the year.

Cristiano Ronaldo stunned us all, scoring one of THE greatest Champions League goals EVER! ??

Buffon didn’t move, Barzagli shrugged and laughed, and Blaise Matuidi gave the impression of 50-year-old man who had just been informed the pubs were shutting down due to coronavirus, after weeks of convincing himself it wasn’t a problem.

Perhaps the biggest compliment you can give this goal is that even Ronaldo’s signature ice-cool nonchalance was briefly shattered. As he landed on his back and rolled over onto his belly, even his surprise was evident when it dawned on him that he had actually scored.

This was a goal that even the supreme, unyielding confidence of Ronaldo – who had earlier become the Champions League’s all-time record scorer – struggled to comprehend.

Real would win the game 3-0, and though Juventus would level the tie up with an astonishing comeback at the Bernabeu, a penalty from you know who booked their place in the semis.

Zinedine Zidane’s side went on to win the tournament for a third successive season.

And Juve, having seen enough, stumped up €100m to ensure they would never be on the receiving end of something like this again.