As the saying goes, money can’t buy happiness. However, it can buy league titles and European glory, which is a pretty close second.

That was the goal for teams around Europe in the 2018/19 season, and?Martyn Ziegler has revealed just how much the top ten spenders actually had to part with on that quest. For some, it worked out pretty well. For others…not so much. ?Arsenal were still supposed to be good in the 2018/19 season, so having the tenth highest wage bill in the world shouldn’t have been an issue.

We all know ?Pierre-Emerick Aubameyang So, paying ?Cristiano Ronaldo means your wage bill ends up in the top ten in the world? Who knew? With the highest wage bill in London, it certainly meant a lot to Chelsea when they pipped cross-town rivals ?Tottenham Hotspur to third place in the league table last season.

The Blues already had the likes of ?Eden Hazard and N’Golo Kanté on the books, and they piled on to those wages by striking deals for Kepa Arrizabalaga, Jorginho and Christian Pulisic, as well as wasting a big chunk of money covering Higuaín’s wages for half a year.

Fortunately for Chelsea, 41 of their players had at least some of their wages paid by another club who took them on loan, so that’s always nice. Right, this one’s cheating a little bit as Paris Saint-Germain’s wage bill isn’t actually out yet, but are you going to try and pretend like the team who has to pay both ?Neymar and ?Kylian Mbappé isn’t still in the top ten?

?While those two make up most of the money, don’t forget about Edinson Cavani and Ángel Di María, and neither Leandro Paredes nor Gianluigi Buffon came cheap.

And yet, for all that spending, PSG still can’t come close to winning the ?Champions League. That’s got to hurt. ?Bayern Munich are in a financial league of their own in Germany, so it should come as no surprise to see them holding their own against the rest of Europe’s big boys.

Throwing money at the likes of Robert Lewandowski, Arjen Robben and Franck Ribéry was a sure-fire way to extend their dominance in the ?Bundesliga, and they did also add Leon Goretzka’s wages into the mix as well.

Both Robben and Ribéry walked away last summer, allowing them to go crazy in the transfer market, so their 2019/20 wage bill could be pretty wild. ?Liverpool’s wage bill jumped up a whopping 17.5% last season, earning them a spot in the top five of this list.

Virgil van Dijk’s wages were firmly on the books by the start of 2018/19, and the Reds also opted to hand out big money to Alisson, 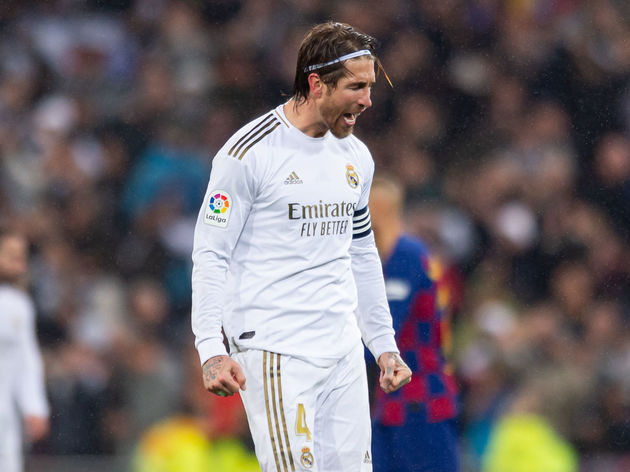 With Ronaldo’s wages long gone, ?Real Madrid’s wage bill is almost unrecognisable compared to previous seasons. He might have scored a lot of goals, but they really didn’t come cheap.

Filling the void as Real’s highest earners are both ?Gareth Bale and ?Sergio Ramos, who both earn close to €14m per season, while some of the money freed up from Ronaldo’s departure did go on new contracts for Toni Kroos, Marco Asensio and Casemiro.

Despite all that spending, Real’s only trophy was the Club World Cup, with managers Julen Lopetegui, Santiago Solari and Zinedine Zidane all struggling to fix the team’s rotten run of form.?

Spending money is pretty normal for ?Manchester City. Having said that, with millions of wrongfully obtained sponsorship money coming in, it’s not exactly hard to finance a never-ending shopping spree.

The only new face in Pep Guardiola’s squad was winger Riyad Mahrez, but it’s not like they needed many more. They were already throwing money at ?Kevin De Bruyne, ?Sergio Agüero and friends.

As far as value for money goes, you can’t really complain. They won the Premier League, FA Cup and Carabao Cup, but still failed in the Champions League. As it stands, they won’t even have the chance to win that competition for another two years. How’s that for justice?? It’s no secret that ?Manchester United love money. They almost have to pay extra just because they are who they are. However, given that £332m wage bill is the single highest in Premier League history, fans are well within their right to be more than a little upset with how things have played out on the pitch.

The fact that they were paying ?Alexis Sánchez close to £500,000-a-week to do nothing but frustrate fans tells you everything you need to know about what’s going wrong at Old Trafford.? Take into account all the money they (allegedly) spent on paying companies to defend them on Twitter, and it was a pretty expensive year for the ?La Liga winners.