An accusation oft-levelled at La Liga is its supposed lack of quality beyond the big three of Barcelona, Real Madrid and Atletico Madrid.

The trio dominate the TV deals, have the most money to spend and have shared out all the domestic trophies in Spain for the last 10 years bar: Sevilla (Copa del Rey 2010) and Valencia (Copa del Rey 2019). Athletic Club did win the Supercopa in 2015 as well, if you want to be pedantic.

While Barça, Madrid and Atleti players are the overrepresented bulk of team of the year picks, like toilet roll in yer da’s shopping trolley, t Diego Simeone is a wonderful defensive coach and his Atleti players are drilled to within an inch of their lives to become human walls…but, all that would matter less, if he didn’t also have the best in the business between the sticks as the last line of defence. 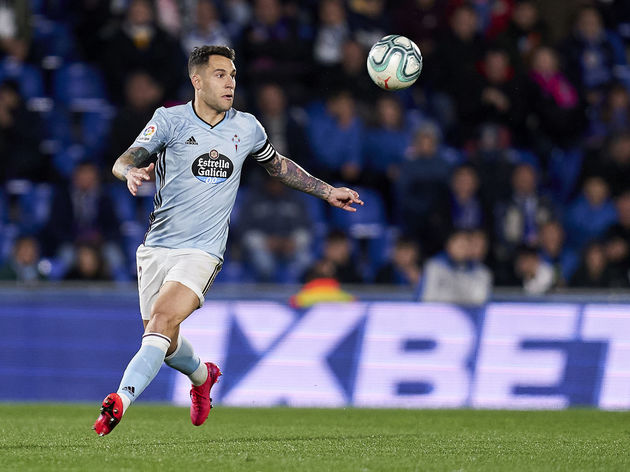 Less glamorous at right-back is Celta Vigo’s ever-dependable Hugo Mallo. The 28-year-old has made over 300 La Liga appearances, all for boyhood club Vigo.

Disclaimer: I promise this is the least exciting choice. Ok, yes Reguilon is only on loan at Sevilla and is technically still a Real Madrid player but let’s ignore that, alright?

The 23-year-old has been one of the (temporary) signings of the season in La Liga and looks set for a very bright future either at Sevilla, Madrid or somewhere else. At the beating heart of Pepe Bordalas’ La Liga and now Europa League upstarts is Djene.

Not the biggest or the flashiest, but the Togo international has been a rock for Geta since joining in 2017, and is fast becoming a favourite of the gossip columns linking his name to a host of Premier League clubs. It’s been a horrible season for Barcelona’s other club. Still, Marc Roca is a pretty good defensive midfielder, so they still have that…for now.

After a move to Bayern Munich fell through last summer, he’s unlikely to stick around for the Segunda Division. Another Real Madrid loanee (sorry) but Odegaard has been on fire this season.
?
?Once dismissed as yet another overhyped wonderkid who fell short of their billing, the 21-year-old Norwegian has done an about-face to go from new Fredy Adu to Scandi Iniesta.

Only Lionel Messi (unsurprising) and Levante’s Jose Campaña (more surprising) have made more key passes in La Liga this season, according to the folks at ?WhoScored.

Rounding off the midfield is another of La Liga’s arch creators in Dani Parejo. The 30-year-old once of QPR – yeah, I know, weird right – has been Los Ches best player for some time, scoring eight in 2019/20.

He might be the best player in the division who doesn’t belong to one of the big three. Definitely the best at free kicks. Probably don’t need to justify this one.

This may well be the only choice we all agree on. And, you know what, in these troubled times, that’ll do for me. One of 2019/20’s standout stars before injury cut his season short/even shorter than it has been for the rest of the league.

Fun fact, the rocket-booted Argentinian used to travel to training on a horse. ?Honestly. It’s been a disappointing season for Iñaki in La Liga, though the Copa del Rey has somewhat made up for it. He remains one of the league’s good guys and an unstoppable player…on his day.

The 26-year-old effectively tied himself to Athletic Club for life with his nine-year contract last year.