?Real Madrid are apparently planning a £70m bid to lure David de Gea away from Manchester United at the end of the season – according to one questionable report.

The 29-year-old has loooooong been touted as a target for Real Madrid and came closest to joining the club in 2015, only for an infamously dodgy fax machine to force the deal to collapse two minutes after the transfer deadline.

However, five years on, Los Blancos could be about to relaunch another bid for de Gea, with The Sun’s Neil Custis claiming that Real Madrid are preparing a £70m offer to sign the Spain international at the end of the season. 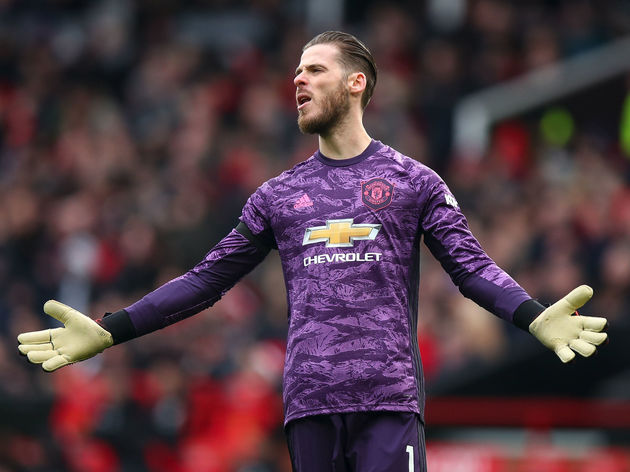 Manchester United, according to the report, want Dean Henderson to take the starting position at Old Trafford once he returns from his loan spell at Sheffield United.

The Sun also claim the move is being pushed by Real Madrid’s manager Zinedine Zidane, who wants to replace Thibaut Courtois with de Gea.

?A recent report (from Goal) also suggested that United may be open to sanctioning de Gea’s exit to facilitate a squad overhaul – particularly in the event that the club’s other big earner Paul Pogba doesn’t leave.

However, these latest rumours surrounding de Gea’s future have come at a very unusual time, as Courtois has been outperforming both Marc-André ter Stegen (Barcelona) and Jan Oblak (Atlético Madrid) in Spain over the last few weeks.

The Belgium international hasn’t always been the flavour of the month in Madrid, but Courtois has been a vital part of the club’s title challenge this season and could even be considered as the most in-form goalkeeper in Europe over the last few weeks.

??By contrast, de Gea’s form has been patchy this season and has even cost Manchester United points in their push for Champions League qualification. No player in the Premier League has made ?more errors leading to goals since the start of last season (6) than the 29-year-old ex-Atletico Madrid star.

There is also the small matter of de Gea penning a new £375-a-week contract at Old Trafford just last September.