?Now that we are well and truly in the midst of a football-less world the game’s professionals have had an unusual amount of time on their hands, bound to the confines of their own home.

Many, having discovered a toilet in a cupboard they’ve never opened before, have taken to harmless challenges, like doing keepy-uppies with loo roll or finishing off the league season on FIFA.

Karim Benzema, on the other hand, has seen this as an opportunity to vent some pent-up frustration concerning France’s current number nine, Olivier Giroud. 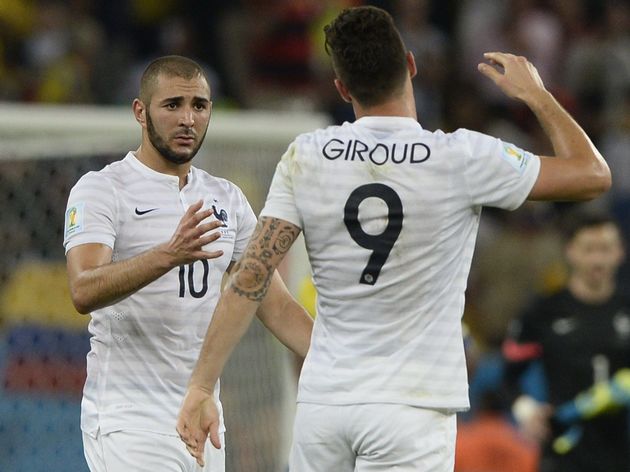 The Real Madrid striker ?told fans that he cannot be compared to Giroud as the Chelsea forward is a ‘go-kart’ while he is quite clearly a ‘Formula 1 car’.

Once the arrogance of Benzema’s claim has been fully absorbed, it begs the question: is there any truth to the Frenchman’s assessment?

?Benzema’s last game for the France national team came almost five years ago since it was alleged that he blackmailed his fellow international Mathieu Valbuena. Giroud, meanwhile, has been fulfilling every striker’s dream by leading the line and his nation to World Cup glory while Benzema watched from his sofa.

Unquestionably this is the foundation of this seemingly unnecessary jibe but would Giroud be behind Benzema in the pecking order had he not been banished from the national team setup? Benzema signed the week after Cristiano Ronaldo and largely remained in his shadow until the Portuguese went to ?Juventus in 2018. Perhaps in his absence the Frenchman has felt the need to make up for the ego that left the Madrid dressing room with CR7 but without Benzema shackled with Ronaldo’s running, he has certainly found the goalscoring touch.

Since Ronaldo’s departure a season and a half ago, only Lionel Messi has scored more La Liga goals than the 35 Benzema has racked up. ?Giroud has mustered four in the ?Premier League in the same timeframe.

Now to end the argument there would be extremely harsh on Giroud, given the former Arsenal frontman has been afforded less than a quarter of the minutes Benzema has played.

In terms of numbers per 90 minutes, Giroud actually comes out on top over recent seasons, marginally. The Chelsea striker has a scoring rate of 0.61 non-penalty goals per 90 compared to Benzema’s 0.54. They both take between three and four shots per game but based on expected goals, it’s Benzema who gets the better chances.

That may be due to the quality of Real Madrid compared to Arsenal and Chelsea yet this sees Benzema edge Giroud in terms of goalscoring, but it was closer than on first inspection. Perhaps the only category in which Giroud would be more confident of a win is ‘Handsomeness’ but since that isn’t a necessity for a striker, he’ll have to settle for aerial prowess.

Since 2014, there are only three players in Europe’s top five leagues who can lay claim to more headed goals than the 22 ?Giroud has scored – and all three have played at least 1000 more minutes than the imposing Frenchman.

Benzema is no slouch in the air himself, standing at 6’1 and chipping in with 16, but Giroud‘s game is so entwined with his ability to dominate the air, he is clearly the better player with the ball above neck-height. Giroud’s game revolves around his ability to hold up play, much in the same way his teammates revolve around his talismanic figure when the 33-year-old is on form.

Despite standing at 6’4 and while we’ve established he’s good in the air, some of Giroud’s best play comes in tight spaces with the ball at his feet. There are few players in the modern game who so relish the chance to flick the ball around the corner with the outside of an outstretched boot or delicately cushion a pass to an onrushing teammate.

Benzema himself is adept with his back to goal and is often involved in the majority of Real’s attacks in some form or another but Giroud is in a different league altogether when it comes to hold-up play. In terms of pure assists, Benzema clearly comes out on top here. Over the past six seasons, the ?Madrid man has been creating a goal for his colleagues every three or four games which is almost twice as often as Giroud has managed.

This aspect of Benzema’s game has diminished since Ronaldo’s departure? but almost certainly because the Frenchman has been urged to focus more on finishing in the absence of Madrid’s leading marksmen.

Giroud certainly isn’t a selfish player but due to his role primarily as a target man, many of the layoffs to teammates are in the lead up to a shot rather than a direct effort on goal.

For years as Ronaldo’s understudy, Benzema‘s main objective was to provide for his teammate, and so has honed his creativity in this selfless role. Giroud may come across as a lumbering figure when he clatters through the gears closing down a full-back, but at 33 years of age, he may argue his energy isn’t best used by pressing from the front.

In fact, this lack of mobility – perhaps rather than a lack of work rate – seemed to be one of the reasons Frank Lampard opted for Tammy Abraham, or if he were injured, Michy Batshuayi while Giroud was getting splinters on the bench for much of ?Chelsea’s season.

Benzema, 32 himself, isn’t getting any younger either, but Madrid’s number nine spent his peak years doing the dirty work of a certain Portuguese superstar. His thankless task of filling in the holes left by Ronaldo cannot go forgotten which is why so many Madrid managers have kept faith in him even when he was in the midst of a goal drought. 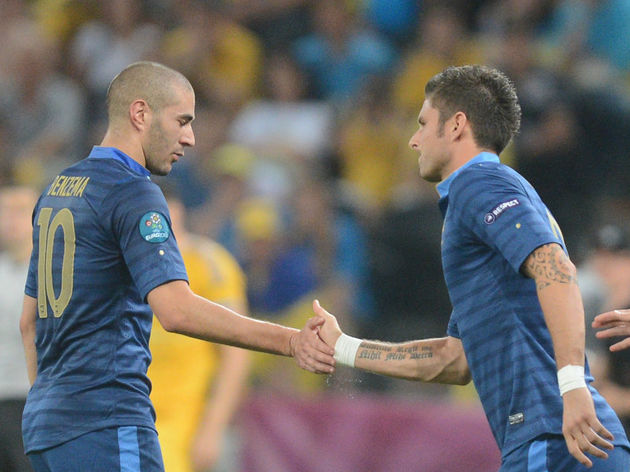 As much as Benzema’s comments paint him in an unflattering light, not that his previous dealings with teammates off the pitch were any more savoury, it seems that the Real Madrid man is a better striker than Giroud.

?However, Benzema’s laboured car analogy unfairly presents the gap in quality between the pair as a gaping chasm.

In terms of likability, there may be some truth in Benzema’s bitter metaphor. Given his extra-curricular antics and general arrogance Benzema’s character is about as appealing as watching a blur of Formula 1 cars drive in circles for two hours while Giroud, in comparison, is the equivalent of a great day at the go-kart track.