A week ago, the thought of suspending all football wasn’t much of a consideration. Italy aside, stadiums were packed, club colours were proudly worn and every goal was cheered like the season would never end.

Well, last weekend’s games are the last football games we’ll have in a while. Coronavirus has spread quickly and has forced the suspension of major sport across the world, including Spain.

It was ?announced recently that La Liga would be suspended for the next two weeks, pausing the current season. 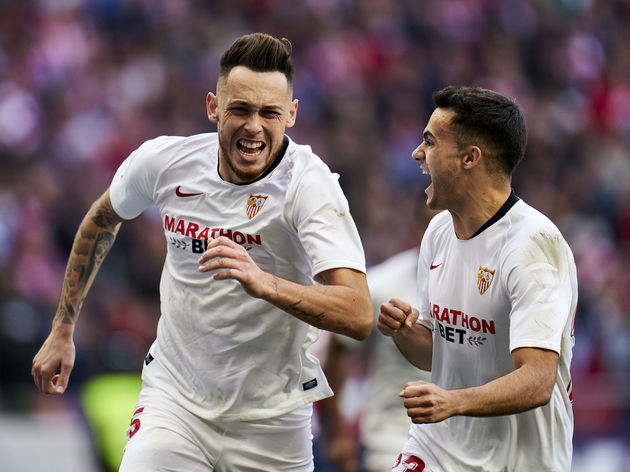 And while it is a two-horse race for the title like past seasons, this one currently is too close to call, with only two points separating Barcelona and Real Madrid. The lead has swapped so often between them that it could go down to the last fixtures to decide the winner.

How will the 2019/20 season be fairly resolved then? Perhaps La Liga could take a solution ?first offered by Italian Football Federation president Gabriele Gavina as a way to finish the ?Serie A season: a playoff.

Yes, the exact details are yet to be finalised. But a playoff format could certainly be used by ?La Liga bosses – where the top-four in the Spanish top-flight compete in two semi-finals and a final. The two semis would see first take on fourth, and second against third.

?Here’s how the top of the table stands, ahead of the suspended matchday 28…

With these teams forming the final four, who would take the title? Here’s our prediction. Ironically, the first semi-final would be between the league-leading Blaugrana and high-flying fourth-placed Real Sociedad, who played each other just last weekend.

This season, the Catalan giants don’t appear to be as intimidating or dominant as previous versions have been, or have that control the Pep Guardiola teams had in particular. Of late, they have not looked to be fluent in their attacking moves, with ?Lionel Messi not being able to inspire the team as much in recent games.

Yet despite the surprising losses to Granada and Levante, as well as a dispiriting 2-0 defeat in the recent Clásico, ?Barça have overall had a solid campaign, even despite the managerial change of bringing in Quique Setién to replace under-fire Ernesto Valverde.

Taking on Sociedad would not be an easy game though. With the likes of Mikel Merino and on-loan Martin Ødegaard pulling the midfield strings, Sociedad are a well-drilled outfit who caused problems at the Camp Nou recently, with their ability to counter-attack quickly.

However, there is a very visible gulf in quality between the two teams. While Sociedad would give their opponents problems, the Blaugrana would probably have enough to get past them and make the final with the players they have. When these two teams met back in January, ?Real Madrid were able to hold off their opponents for a slender 2-1 win, with Sevilla pushing hard late on for an equaliser.

Current Sevilla and former Los Blancos head coach Julen Lopetegui would be determined to have another go at beating Real, having gone close in their last game and caused issues for Zinedine Zidane’s side.

Yet Madrid have been inconsistent since that victory, with wins over Barcelona and city rivals Atlético mixed in with disappointing defeats to Levante and most recently Real Betis.

While Los Nervionenses will give it their best shot, it is hard to bet against Real. The brilliant form of ?Thibaut Courtois, coupled with the centre-back pairing of ?Sergio Ramos and ?Raphaël Varane makes it still a world-class defence to beat.

In a game where both sides will rely on attacking with speed to cause each other problems, expect Los Blancos to just edge past Sevilla in the two games. Did you really think we’d see Real Sociedad vs Sevilla in the final?

Of course, the two teams battling it out for the title would be Barcelona and Real Madrid, with this being the 245th competitive El Clásico in their history.

Most recently, it was Los Blancos who came out on top with a 2-0 win at the start of March, despite both teams looking ineffective in front of goal.

And expect another close, low-scoring game as both teams battle it out in a game of which attack can shoot on target more often.

Ramos and ?Gerard Piqué will wind each other up all game, and ?Casemiro will look to kick Messi at every opportunity he gets. Yet, the game will come down to one exact moment in the dying stages.

?Marcelo gallops on the left, before losing the ball carelessly. The ball gets played out to substitute Martin Braithwaite, signed by the Catalans to win them La Liga (kinda).

He drives down the vacant right-flank and cuts it back towards the edge of the box, to a lurking Messi, who takes one touch and fires a golazo into the top corner past Courtois that sends the Blaugrana fans into ecstasy.

Zidane’s face crumbles and Braithwaite is hailed as a hero. Messi is proclaimed the GOAT again on Twitter. The title returns to Barcelona…