If boasting some of the greatest footballers to play the modern game in their first team wasn’t enough, the army of Real loanees dotted throughout Europe would probably give whoever you support a decent game.

Zinedine Zidane is a manager who knows what he likes and what he doesn’t, however, and it remains to be seen how many of these exiles can work their way back into his plans. Let’s take a deep dive.

It might shock you to hear that this fella played for Wolves this season, although we wouldn’t blame you if you missed his underwhelming league displays against Chelsea and Southampton, or were catching up with Midsomer Murders during his two EFL Cup appearances. 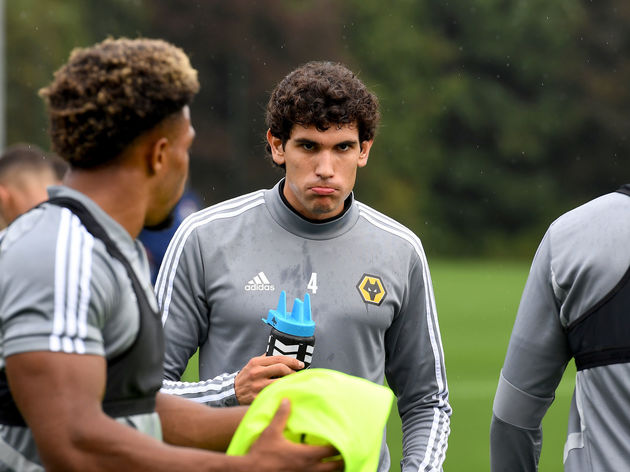 The 23-year-old should probably start clearing his desk at the Bernabéu, with a decent spell at Granada after his Wolves loan was cut short unlikely to impress Zizou despite some promising signs at the beginning of his career.

Likelihood of Making it at Real Madrid: 0/10

Though Mayoral has had a slightly better time of it than Vallejo, the striker hasn’t exactly pulled up any trees with his five goals for Levante this season.

Given Karim Benzema is unlikely to be shaking at his boots at the thought of Mayoral coming home, Real Madrid will probably look to move the forward on before his contract expires in 2021.

Likelihood of Making it at Real Madrid: 0/10

It’s not easy being a third-choice keeper in Madrid – Lunin has struggled to convert his potential into playing time, squeezing five league appearances out of loan spells with Leganés and Real Valladolid, while a cynic might argue that the main thing going for Luca Zidane right now is being the gaffer’s son. However, there are a few contingencies in play which could prolong the careers of both men in white, including whether Real Madrid manage to permanently sign Alphonse Areola as understudy to Thibaut Courtois, and Madrid might be loath to give up on potential back-up options Lunin (FIFA Under-20 World Cup Golden Glove winner) and Zidane (the son thing) any time soon.

Likelihood of Making it at Real Madrid: 5/10

It was going so well for Ceballos at Arsenal… until it wasn’t – he had his own song, footage of him humbling Burnley’s star-studded midfield at the Emirates was the talk of the town, and he looked like an important part of Unai Emery’s plans.

Injuries and inconsistent form then took their toll, and while he has regained some pizzazz under new boss Mikel Arteta, there has been very little buzz about him staying in north London. With the Spanish international not a favourite of Zidane’s, expect to see him head out on loan again next season.

Likelihood of Making it at Real Madrid: 5/10

Another national team player who hasn’t quite cut the mustard at Madrid, the right-back made a surprise loan move to Bayern Munich in January after opportunities were limited at his parent club. What gives Odriozola the edge over Ceballos is that more opportunities could open up in his position – especially with Achraf Hakimi’s future far from certain – and it could be that he ends up deputizing for Dani Carvajal next season.

Likelihood of Making it at Real Madrid: 6/10

If this lad can take his YouTube compilation form to the Bernabéu, the footballing world is in for an absolute treat.

With lightning quick feet, a cracking shot, and a weight of pass most senior players can only dream of, the teenager has looked tidy in his first season in La Liga on loan at Mallorca.

Kubo, who has already played seven times for Japan, will probably head out on loan again next season, but the future looks bright for him already.

Likelihood of Making it at Real Madrid: 7/10

Probably one of the best players to watch in world football at the moment, Hakimi’s explosiveness on the Dortmund flanks is enough to make you feel slightly out of breath in front of your TV.

If it weren’t for the lack of clarity as to whether Real Madrid will look to keep him when his two-year loan ends this summer, Hakimi would be higher up this list, but don’t be surprised to see the Premier League vultures circling if nothing is resolved by June.

Likelihood of Making it at Real Madrid: 8/10

Ferland Mendy is going to be kept on his toes at left-back by a man who has quietly evolved into one of La Liga’s most consistent defenders, and his rounded skillset makes him the perfect fit for a modern football team.

Though there’s some indication that Reguilón might fancy staying at Sevilla, there’s undoubtedly a seat reserved for him at the biggest club in the world, and the challenge of jostling with Madrid’s £50m man for a place is all down to him.

Likelihood of Making it at Real Madrid: 8/10

Admit it, we all thought the next time we’d remember Ødegaard’s name would be during a particularly difficult Sporcle quiz in 2030.

The man has somehow waved goodbye to Freddy Adu and Ravel Morrison and escaped the faded starlets retirement home to put up some ludicrous attacking numbers for Real Sociedad, in esteemed company with Santi Cazorla and a certain Lionel Messi as one of the best passers in the league.

As Luka Modri? and Cristiano Ronaldo could tell you from their early days in Madrid, there’s no such thing as a sure thing at Real, but this kid is as close as it gets, and his two-year loan deal in San Sebastián could be cut short abruptly, especially if the effects of the coronavirus on the upcoming transfer window force Sociedad to cut their losses on certain players.

Likelihood of Making it at Real Madrid: 9/10