Tottenham saw their hopes of reaching consecutive Champions League finals suffer a hefty blow as they fell to a 1-0 home defeat against RB Leipzig in the first leg of their round of 16 clash.

There are still hopes (for now) of an FA Cup triumph, while the Premier League is a pipe dream? and lowly Colchester United ensured that whatever faint hopes there were of a Carabao Cup success petered out before they even began.

It would be very easy to sit here and rule ?Spurs out of the running for winning anything in the near future. Very easy, in fact. Too easy. They’re a big club, and they’ve employed a manager who is a serial winner.

But, history suggests that winning things isn’t the club’s forte. I’ll avoid poking fun at this point. Although, to be fair, ?Harry Kane has seen his side win a trophy at White Hart…… Nope, said I wouldn’t go there. Stop.

But in all seriousness, how long can Spurs realistically expect to hold onto one of Europe’s best strikers if trophies aren’t forthcoming? The ?recent reports suggest not long, and, at 26 years of age, there is only so long a player with such talent can really be kept content with just being loved and adored. Should this become more concrete, it would be reminiscent of Alan Shearer’s decision to not leave boyhood club Newcastle United for ?Manchester United back in 1996. Look, finances are going to play a major part in whatever Kane ends up doing. He may want to seek an exit if little changes silverware-wise at Spurs, but there is still the matter of another club forking out the near-£150m fee he will reportedly command.

With ?Real Madrid, there is even the potential of a future link up with Mauricio Pochettino. The pair forged a strong bond during their time together at Spurs, and with Los Blancos seeing the Argentine as ?their primary target should Zinedine Zidane be shown the door, it could make for a romantic reunion.

The club are in need of a number nine with Karim Benzema entering the twilight years of his career, and they’ve never adequately replaced Cristiano Ronaldo’s goals. It would require some outlay, but one that they’ll be fully aware will need to happen in order to land a top-level striker. A lot of things need to fall into place for this to be deemed as a viable option.

Firstly, the ?Serie A title is far from assured this season, which could spark a change of manager in Turin. Maurizio Sarri has not been overly well received in his maiden ?Juventus term, while their Champions League hopes took a dent in the first leg of their round of 16 clash with Lyon.

Furthermore, the squad is immensely unbalanced. Players are coming towards the ends of their careers, the midfield is stupidly overcrowded – and we haven’t even gotten onto finances yet.

Juventus are struggling to pay for their own players let alone for others, which is why their move for ?Paul Pogba looks increasingly unlikely as it stands.

?Whether Kane would want to play in Serie A is another matter, but there is no doubting that I Bianconeri are a huge club on the European stage. Aside from that, potential ?Ronaldo link up? Addressing the elephant in the room, yes, ?Manchester City have found themselves in a bit of hot water recently – the shadow of their transfer dealings has cast a comprehensively dark light over the club.

There is no doubting that silverware would be forthcoming if Kane moved to the Etihad Stadium. Pep Guardiola excelled during his time at Bayern Munich with a powerful frontman in Robert Lewandowski, and he’d surely bite your hand off to have a similar-ish forward in his City squad. And with ?Sergio Aguero entering the latter stages of his Cityzens career, a replacement is needed.

There is absolutely no doubting it would be a fruitful relationship. Kane would score goals. City would win trophies. Simple. He wouldn’t go there, but if there is anywhere in Europe that guarantees trophies, it’s Paris Saint-Germain. ?Kylian Mbappé That’s essentially Antonio Conte’s checklist at present. He seems hellbent on signing players who’ve spent time in England, so how about securing one of the best the league has to offer?

This is another club who could have the finances available, as well as the need, if Lautaro Martinez eventually moves to long-term admirers Barcelona in the summer. A partnership of ?Romelu Lukaku and Kane? Sounds intriguing – if somewhat unbalanced – that’s for sure.

?Inter are beginning to reshape themselves as Serie A heavyweights, haven fallen by the wayside so significantly during Juventus’ long reign. A reunion with Christian Eriksen would also be on the cards, so there are plenty of enticing facets to a San Siro move. There is no questioning whether Kane would score goals in this ?Barcelona side, that much is certain. But for all the 336 strikers the club have been linked with over recent transfer windows, there is good reason why the Englishman hasn’t been one of them.

He’s not a ‘?Neymar?Luis Suarez 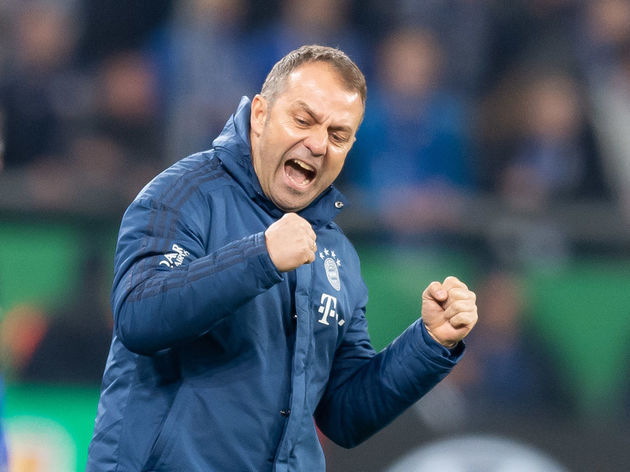