The 24-year-old has bagged 24 goals and six assists so far in the title race, firing the Turkish side to the top of the Süper Lig, as well as making impressive contributions to the his side’s Europa League campaign. 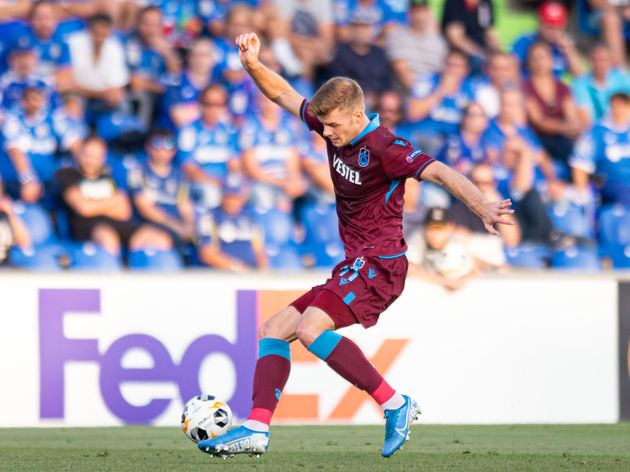 Premier League clubs are also said to be queuing up for his services, including ?Newcastle and ?Sheffield United, despite

?The Eagles might be ruing their decision now, as a buy-out clause in his loan contract means the lion’s share of profit would go straight into Trabzonspor’s pockets in the event of a sale. ?Luka Jovi? has failed to deliver on the promise he showed last season (along with his £60m price tag) and, despite scoring with just his fourth touch of the La Liga season in the Cl “I have seen the rumours. There are always many… I’ve read about it and I keep getting told about teams that are interested,” he said. “However, I am focused only on Trabzonspor. There’s a great sense of team spirit here and we want to win.”

added: “It would be irresponsible and inappropriate to talk about a transfer at the moment.”

Real have also been linked with Erling Håland and Timo Werner, but coaxing them to Spain won’t be easy; Zinedine Zidane faces stiff competition for the strikers’ signatures, as they both continue their scintillating form in the Bundesliga.