?Coronavirus has struck and taken our beloved football with it, leaving a hefty gap in our Saturday afternoons, and a chasmic void in our hearts.

There are still ways to fill the emptiness that football has left behind, and with social isolation slowly becoming a destiny for us all, we have plenty of time to do so.

YouTube has long been the place to while away the hours with irrelevant videos, so let us offer you some direction and recommend where you should focus your attention, with a list of players you should watch over and over again The outrageous flicks, tricks ?and turns would see Ronaldinho get his legs broken if he ever fancied turning his hand to a bit of Sunday League, but because he’s in the yellow of Brazil or playing at Camp Nou, it’s utterly mesmerising.

Plus, sometimes Spanish or Brazilian the commentators get even more excited than you and let out impromptu sound effects of their own, only adding to the drama. For pure elegance and grace on a football pitch, watch Zidane. Watch him glide past defenders and stride over tackles with such glorious athleticism, and then watch his stunning volley in the 2002 Champions League final for good measure.

Finish off by watching his headbutt from the 2006 World Cup final, because it’s important to remember that nobody’s perfect. If silky Frenchmen are your vibe, then sit back and enjoy a few compilations of Thierry Henry effortlessly terrorising defences.

His trademark no-look pass makes for particularly great viewing, particularly when he pulled them off for New York Red Bulls and the American commentators couldn’t comprehend what they have just witnessed. On the topic of fabulous Arsenal forwards from days gone by, a nice Dennis Bergkamp compilation also makes for mouthwatering viewing.

The Dutchman just oozes class; the way he plucks the ball out of the air, his imagination and his knack for scoring from all sorts of angles makes Bergkamp a joy to watch. For the finest trickery and audacity, a Jay-Jay Okocha video is the way to go. His flair and fearlessness meant nothing was out of bounds, and you can’t take your eyes off his feet as they make a mockery out of defenders time and time again.

Watch a highlights video of Okacha being outrageous at Bolton, and then the second time you watch it, remember that Sam Allardyce was his manager. Just watch the original Cruyff turn from the 1974 World Cup? over and over again until you feel you fully appreciate the deftness, subtly and artistry of the Dutch icon.

The manner in which Cruyff can make defenders just melt away as he charges at them with such elegance is captivating. For a masterclass in finishing?, ?Arsenal’s Vivianne Miedema is the one. Her ice-cool composure coupled with her ability to worm through a tightly packed defence make the Dutch striker unplayable in the box.

Miedema’s variety of finishes and intelligence in front of goal make for fascinating viewing. 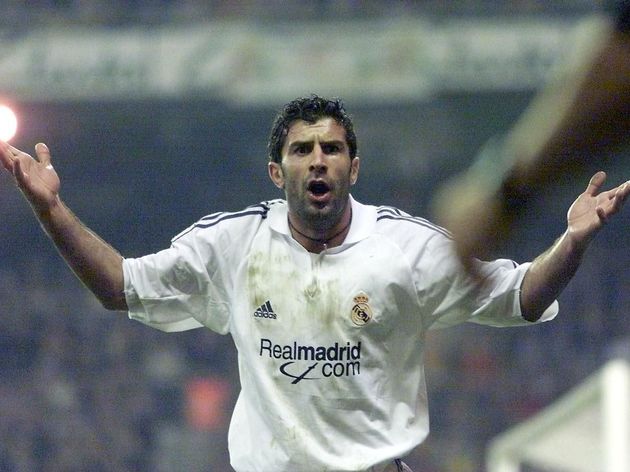 The remarkable close control and lightening quick feet of Luis Figo will keep your eyes glued to your screen. His ability to beat a player time and time again is near unrivalled. While we’re on the topic of ?skilful Portuguese players to pull on the white of ?Real Madrid, you can’t really avoid giving this fella a mention.

From his trademark stepovers to the way he hangs in the air for a header, or just his utterly ridiculous free kick for Manchester United against Portsmouth, anything ?Ronaldo produces on a football pitch is worthy of a YouTube binge. You can’t mention one without the other. Watch ?Messi wriggle his way past about 900 players and work his way out of the tightest of situations time after time. For a selection of goals with invention and creativity; from a chip from outside the area to a rocket into the top corner from 30 yards out, a Matt Le Tissier video is a great watch.?

All goals come accompanied with a mazy slaloming run, where you’re positive he should have lost the ball on multiple occasions yet it somehow remains glued to his feet. Mesmerising feet combined with remarkable poise and balance make Ginola one of the greatest dribblers the Premier League has ever seen.

Throw in his eye for the spectacular and a YouTube compilation of the Frenchman makes for sumptuous viewing. ? One of the greatest female footballers to ever grace the football pitch, Hamm’s quick feet and effortless style and agility make her a must watch.

The USA international’s ability to find the top corner from just about anywhere on the football pitch was second to none.? In his prime, Arjen Robben was one of the most exciting players to watch tearing down the wing and dancing through challenges.

He was also blessed with a wand of a left foot, which produced a selection of stunning volleys down the years.?

But erm, there’s a little less variety in some of these. Y’know. The Robben move.