?Real Madrid have never been afraid of spending big in the transfer window, and Los Blancos have dipped into their pockets once again, this time forking out €35m for a fairly unknown youngster – Reinier.

The deal was confirmed in January and is worth a fair amount given the player’s age, with the midfielder set to be presented to the Real Madrid faithful on Tuesday.

The new boy in Madrid will certainly face stiff competition to break in to a squad made up of world-beaters, but the 18-year-old has plenty of potential and has been tipped by those in Brazil to embrace the big time.

But who really is this talented teenage sensation? Let’s take a look…

Reinier Jesus Carvalho is an exciting 18-year-old midfielder who was born on 19 January 2002 – feel old yet?

He is the son of former futsal player Mauro Brasilia – perhaps why he is so technically-gifted at such a young age – and has been on the books at some of Brazil’s biggest clubs since 2011. ?Stood at a little over six feet tall, Reinier initially joined Vasco da Gama’s academy nine years ago, before moving on to Botafogo and Fluminense, and eventually winding up at Flamengo.

The youngster went on to make his debut for Flamengo in July last year, and his rise to stardom has been one of incredible speed. The youngster has also featured for Brazil’s youth teams, racking up 16 appearances for the Under-17s and U23s.

What Kind of Experience Does He Have?

As mentioned, Reinier only made his senior debut for Flamengo less than seven months ago, and subsequently made just 15 appearances for the Brazilian side. However, in that time he has scored six goals and registered two assists, as well as forging a reputation as one of the most talented youngsters in world football.

Reinier has already won the Copa Libertadores as well as the Brazilian first division title, but missed out on adding the FIFA Club World Cup to his trophy cabinet following Flamengo’s narrow defeat to ?Liverpool in the final.

What Kind of Player Is He?

Well, we don’t get liked to get carried away in football, so a lot of fans and critics have compared him to Kaka. 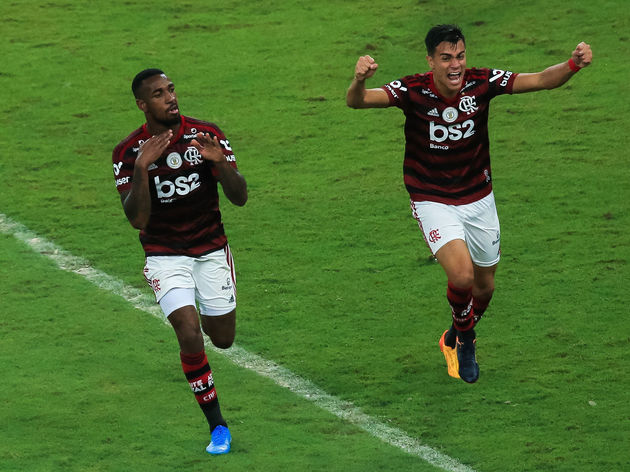 Obviously, Reinier is a very, very long way away from being even half the player that the former ?Real Madrid and ?Milan star was, but he has the technical and physical ability to match Kaka’s style.

Reinier is big and powerful, but has a delicate grace as well as an incisiveness to his dribbling. His right foot possesses plenty of skill and trickery, with his eye for flair one of his most exciting attributes.

What Are His Chances Like of Actually Playing for Madrid?

Given Madrid have splashed a lot of money on him and tied him down to a six-year contract, you would assume he has a good chance of making the cut.

While his path to the first team may not be completely free from obstacles, Reinier certainly has a glowing reputation in world football and, in an era where potential means everything, Zinedine Zidane will be keen to thrust him in to the limelight.? ?However, we mustn’t throw caution to the wind. We have been here before.

Not so long ago, Vinicius Junior was the ‘next Neymar’, arriving at the Bernabeu from Flamengo with sky high expectations he was unlikely ever to fulfil in the short-term – he’s been ‘good’, but not quite ‘Neymar good’.

Patience is a virtue but, possibly even after a couple of loan spells (take inspiration from Martin Odegaard, Madrid), Reinier has all the attributes to succeed at the Spanish giants.