Back then, the German midfielder was in line to leave Bayern Munich after leading them to consecutive Bundesliga titles, and both United and Liverpool were heavily linked with a transfer. 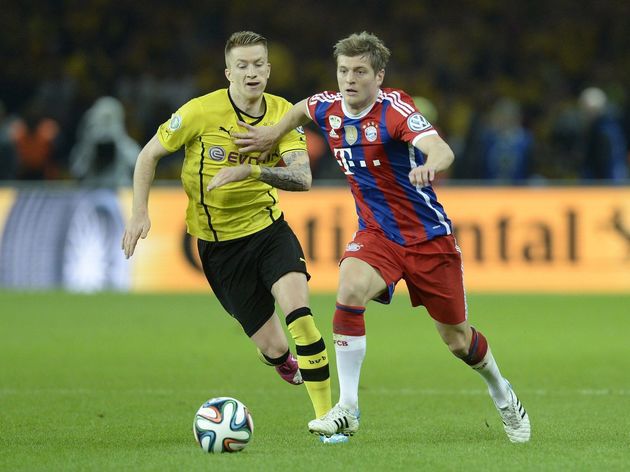 Speaking to ?The Athletic, ?Kroos revealed that he had agreed to join ?United in the spring on 2014, but Louis van Gaal’s arrival at the club that summer effectively put an end to any talk of the move.

“David Moyes had come to see me and the contract had basically been done but then Moyes was fired and Louis van Gaal came in, which complicated matters,” he revealed.

“Louis wanted time to build his own project. I didn’t hear anything from United for a while and started having doubts.” Alongside United, ?Liverpool had also tried to strike a deal for Kroos, with both Steven Gerrard and ?Luis Suárez reaching out to the midfielder to try and convince him to pick Anfield over Old Trafford.

“It wasn’t a straight chat-up line but they offered to tell me more about the club and so on,” he said. “The funny thing was, Suárez was about to leave to ?Barcelona anyway.”

With a move to either United or Liverpool off the table, Kroos eventually sealed a switch to ?Real Madrid after the World Cup, and the German admitted that he did not even have to think twice about then-manager Carlo Ancelotti’s proposal. As for United, they had to settle for a deal to sign Ander Herrera from Athletic Club, while plenty of money was also spent to lure Ángel Di María over from Madrid.

Di María flopped and was sold one year later, while Herrera walked away for free last summer in favour of joining Di María at Paris Saint-Germain.