With this number of Spanish top flight games under his belt for Los Blancos, Ramos has climbed to fifth in the club’s all-time appearance rankings in the division, behind the likes of Raúl, Iker Casillas, Manolo Sanchís and Santillana.

The 33-year-old has missed only two league games all season; one through an ankle injury and the other was the result of a suspension following an accumulation of five yellow cards, a sight ?Ramos is particularly familiar with.

During his 440 league outings for the 13-time European champions, Ramos has been shown a yellow card on no fewer than 145 occasions, roughly one every three games.

He may be some way short of the all-time ?La Liga appearance record, but the 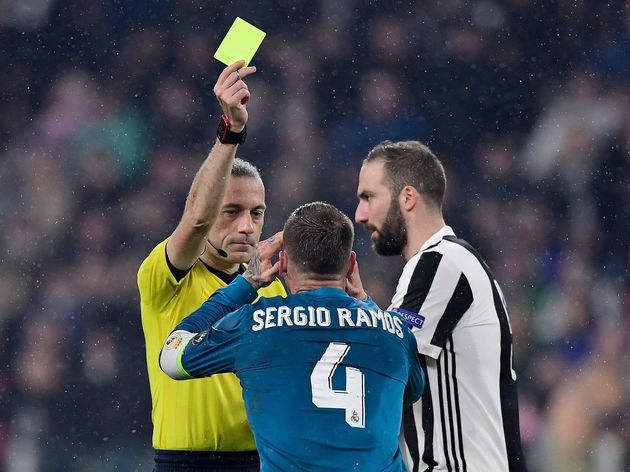 Ramos is perhaps one of the most divisive characters in the modern game, but despite his expert knowledge of the dark arts and secret yearning to be a centre-forward, he and his defensive partner, Raphaël Varane, have helped form one of the best defences in Europe this season.

?Real Madrid have conceded only 14 goals in 23 La Liga matches all season, the best record of any side in Europe’s top five leagues. Ramos, alongside Varane, has been instrumental in marshalling Madrid’s back-line as this stinginess in defence has seen them climb to the top of the table.

With the Champions League round of 16 tie against Manchester City, one of the greatest attacking threats in Europe – despite some recent sloppy finishing – Los Blancos will need Ramos and his teammates to be at their best if they are to entertain the idea of bettering last season’s performance in the competition.