Thibaut Courtois has been named La Liga player of the month for January, after a trio of inspired performances helped his side to maximum points?.

?Real Madrid have recovered from an unsteady start to the season and now top the division by three points, having won five on the spin since returning from the winter break.

Central to that turnaround has been the dramatically improved form of Courtois, the former ?Chelsea stopper back at his best after an indifferent start to life back in Spain.

That run of five started with a 3-0 victory over Getafe at Coliseum Alfonso Pérez, a double from Raphael Varane and a late goal from Luka Modric securing the points. It was hardly straightforward, however, and Courtois was called into notable action twice with fine stops to deny Mauro Arambarri and Leandro Cabrera in the first half.

A Casemiro double either side of a Luuk de Jong equaliser then gave ?Real a hard-fought 2-1 victory at home to Sevilla, before yet another well-earned clean sheet helped Los Blancos secure a 100% January away to Real Valladolid and laid the foundations for them to steal ahead of Barcelona. 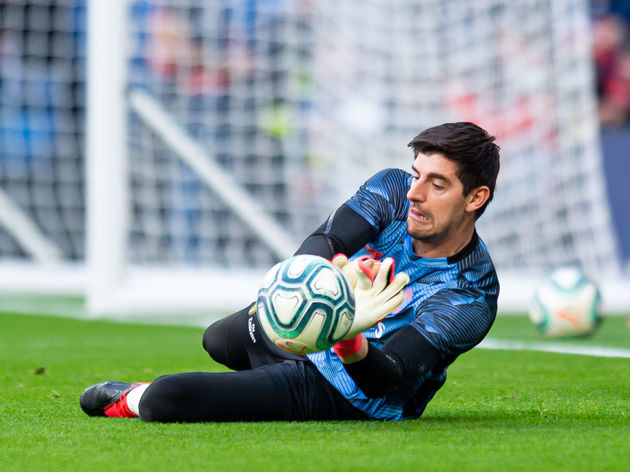 January also saw Courtois and Real lift the Spanish Super Cup with a 3-1 victory over Valencia in the semi final before penalty-kicks decided the Madrid derby in the final, meaning the Belgian shipped just two goals in five competitive matches last month.

He has kept as many clean sheets as he has conceded goals in ?La Liga so far (11) while 14 shut-outs in 27 games in all competitions have restored his reputation as one of the finest keepers around at present. He will be presented with his award when Real host RC Celta on Sunday, just ten days before the Champions League visit of Manchester City to the Bernabeu.