?Real Madrid play host to Manchester City on Wednesday evening as two of Europe’s heavyweights come head to head in the first leg of the Champions League round of 16.

The Bernabeu is primed for a tantalising encounter, with Real Madrid potentially en route to a 14th Champions League crown – having won four in five seasons from 2013-2018. Home advantage may give Los Blancos the edge for the first leg, as they desperately look to bounce back from a disappointing 1-0 weekend defeat to Levante in La Liga.

Meanwhile, this is City’s first Champions League outing since the news broke of their potential two-year ban from Europe, and with the pressures of this competition exponentially rising on Pep Guardiola, he will be eager to take a positive result back to the Etihad Stadium.

The Sky Blues, despite being miles behind Liverpool in the Premier League, still fielded a full-strength side during their narrow 1-0 win against Leicester City at the weekend, with another missed penalty casting a shadow over the current English champions. The Citizens may also have one eye on their Carabao Cup final that follows their trip to Spain, as they look to win the competition for a fourth time in five years.

The big injury concern for Zinedine Zidane is the knock picked up by ?Eden Hazard during Saturday’s defeat at Levante. The Belgian has suffered another hairline fracture to his fibula, and may miss the remainder of the season. Gareth Bale was sick at the weekend, and may not be ready yet.

Marco Asensio is the only other long-term absentee, as he continues to recover from a serious knee injury. Despite being substituted against Leicester at the weekend, Aymeric Laporte will return to Man City’s starting lineup on Wednesday night, while Benjamin Mendy may be dropped by Guardiola as he is just one booking away from suspension.

In terms of injuries, the Citizens are still without Leroy Sane, despite the German having returned to training, while ?Raheem Sterling is Guardiola’s biggest miss with the hamstring injury he sustained against Tottenham.

These two teams have faced one another just four times in competitive fixtures – all coming in the ?Champions League – with Man City yet to win. 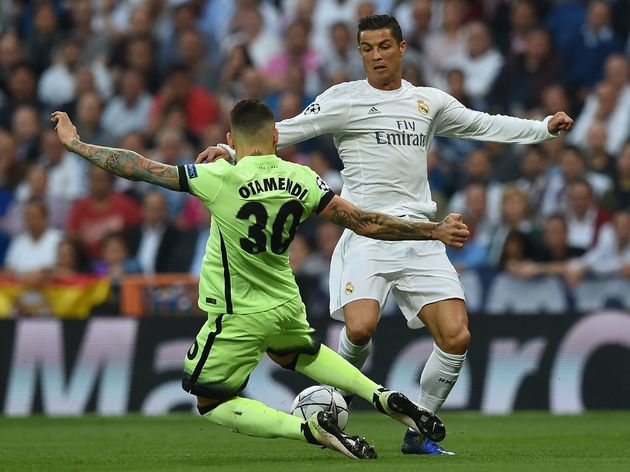 Two games have finished all square, with one of those draws coming during the 2012/13 Champions League group stage?. City lost the reverse fixture 3-2 after leading twice, and lost out by the odd goal in the semi-finals of the 2015/16 competition.

It’s fair to say that ?Real Madrid’s form has been somewhat of a rollercoaster ride throughout the course of the campaign, epitomised perfectly by their recent results.?

Having just about pulled away from Barcelona in the title race following a string of wins, Zidane’s side have once again handed the initiative to their rivals following two winless games against Celta Vigo and Levante. This, paired with their shock 4-3 Copa del Rey quarter-final exit to Real Sociedad in early February, means that confidence is far from sky high in the Spanish capital.

Despite having been beaten in just four of their previous 49 European fixtures at the Bernabeu, Real Madrid have won just three of their last nine, already dropping points against Paris Saint-Germain and Club Brugge in this season’s group stage.

Meanwhile, ?City’s form has fluctuated in a similar manner to Wednesday’s hosts, with the Citizens struggling for consistency. The Sky Blues have lost two of their last four matches and scored just three times during this period, ultimately leaving them cut adrift from table-toppers Liverpool in the Premier League. Man City topped their Champions League group comfortably, picking up 14 points on the way to the knockout stages, but face a sterner test at the Bernabeu than they have had so far this season in Europe.

Here is each side’s last five results in all competitions:

The weight of expectation is heavy for both sides ahead of a mouthwatering clash of titans at the Bernabeu. The home advantage should give Real Madrid the edge, but Los Blancos have uncharacteristically struggled in the capital so far this season, and haven’t faced many more difficult tests than Guardiola’s Man City.

The prospect of taking a couple of away goals back to the Etihad may buoy the Sky Blues, who will ultimately recognise that this may just be their last opportunity to win the Champions League trophy in several years.

However, without the attacking ferocity and dynamism of Sterling or Sane in wide areas, Man City may find it hard breaking through a formidable Madrid back line.