Manchester City manager Pep Guardiola has said there are no fresh injury concerns surrounding Aymeric Laporte, saying that his substitution against Leicester City on Saturday was not injury-enforced.

The defender had been out since the end of August with a serious knee injury, but has been tentatively reintroduced over the past few weeks, starting clashes with Sheffield United and West Ham before being thrown in for ?City’s trip to ?Leicester.

He is yet to last 90 minutes as he is eased back to full fitness, however, and there were real concerns about his condition when he trudged off the pitch before the hour mark at the King Power stadium to be replaced by Nicolas Otamendi. 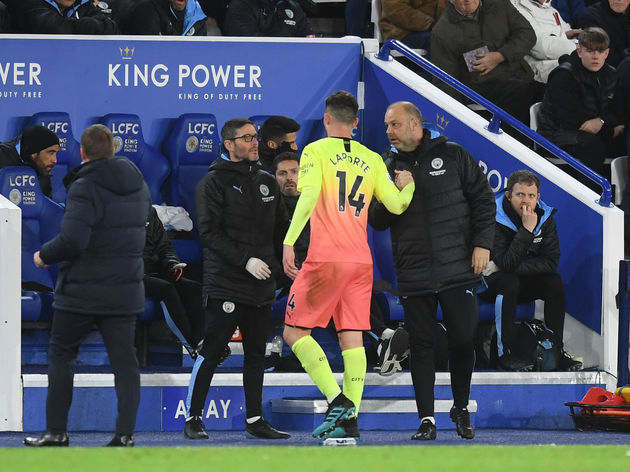 While some assumed that his injury had once again reared its head, Guardiola said that the change was simply due to the player’s struggles to cope with an intense Leicester attacking line, and came at the request of the 25-year-old.

?”?Mail, after confirming he would be available to face Real Madrid on Wednesday “It was quite different against West Ham [on Wednesday] where they was only one striker so it was easier to control, but he’s ok.”

City ?won the game 1-0 thanks to a late goal from substitute ?Gabriel Jesus, and attentions now turn to ?Champions League duty as they travel to the Santiago Bernabeu midweek.

The first leg tie will see Guardiola return to face his former foes as he looks to lift the one trophy that has successfully evaded him in his four years in Manchester, and that desire for Champions League glory has only been intensified by the ?European ban hanging over the club at present.