?No Luis Suarez. No Eden Hazard. No Ousmane Dembele, Jordi Alba, Marco Asensio. El Clasico is as star-studded a football match as exists on the planet, but this weekend’s edition is – much like Barcelona themselves – leaning rather harder on Lionel Messi than is medically advisable.

Come one, come all, to the pauper’s Clasico. The big names are absent, and the teams are deeply flawed. 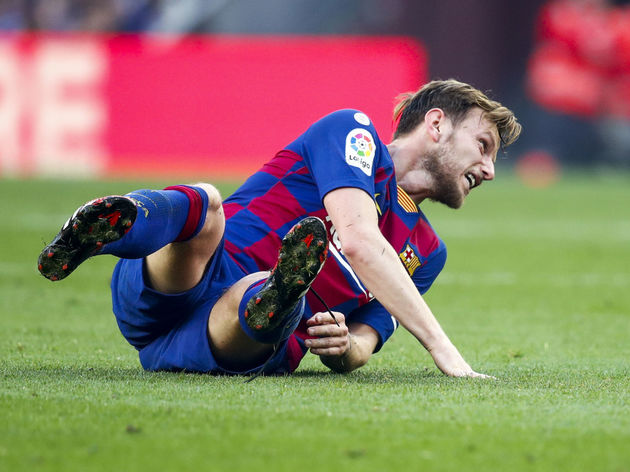 In the red and blue corner, ?Barcelona – the team deep in an institutional crisis which is leaving the door open for one of the three best players of all time to leave. For free.

They’re without the man who’s scored 142 goals in 180 ?La Liga games, and without the left-back who has a near-telepathic connection with ?Messi. The players are in barely-concealed revolt against the president. However…

In the white corner, ?Real Madrid – the team who have won one of their last five games, and lost three. They looked poised for a surge ahead of Barça in the league just weeks ago, with a Zidane-inspired brand of pragmatic football. Goals came from all over the team, everyone was doing their bit…until they weren’t.

The first warning sign, after three and a half months unbeaten, was a madcap 4-3 defeat to Real Sociedad in the Copa del Rey. A nerve-soothing thrashing of Osasuna followed, before a Barry ‘Iago’ Aspas-inspired Celta snatched a draw to kick Los Blancos into an unexpected tail-spin.

After a very difficult night, there are two options: we can think about yesterday’s defeat or work on tomorrow’s win. I choose the latter. Head and heart already on el Clásico.#HalaMadrid @realmadrid

Defeat at Levante was a surprise, but Wednesday night’s capitulation at home to Manchester City put the icing on the cake.

Except the icing was poo.

And the cake was another poo.

This conflux of feebleness has, weirdly, created a fascinating game that neither side can afford to lose. If Real fall to their fourth defeat in six games (!) then they’re five points behind their great rivals with a dozen games left; with Zinedine Zidane staring down the barrel of utter failure in all three major competitions.

If Barça lose, they drop to second in the league once again. They lose a staggering record of winning every league Clasico at the Bernabeu since 2014. A team teetering on the brink of revolution – who, by the way, will be without their injured players plus Sergio Busquets and ?Arturo Vidal when they play the second leg of their precariously poised ?Champions League last 16 tie – could dive headlong into the collapse they’ve been threatening for months. The game bears a striking resemblance to last weekend’s Premier League headliner, Chelsea’s win over Spurs. A huge match for two clubs in – if you’re generous – transition. Both shorn of important attacking options. Both still more than in the race to hit their nominal targets for the season. Both relying (and this is the important bit, this bit here, read this bit doubly hard) on the flaws of others rather than their own strengths. It’s not a battle of the gods, it’s a grimy basement knife fight played out in front of millions.