?Gary Neville believes Liverpool’s Mohamed Salah is using the Reds as a ‘stepping stone’ for a potential move to either Real Madrid or Barcelona.

The Egyptian forward is enjoying another productive season under Jurgen Klopp at Anfield, scoring 15 and setting up six in 24 Premier League appearances. 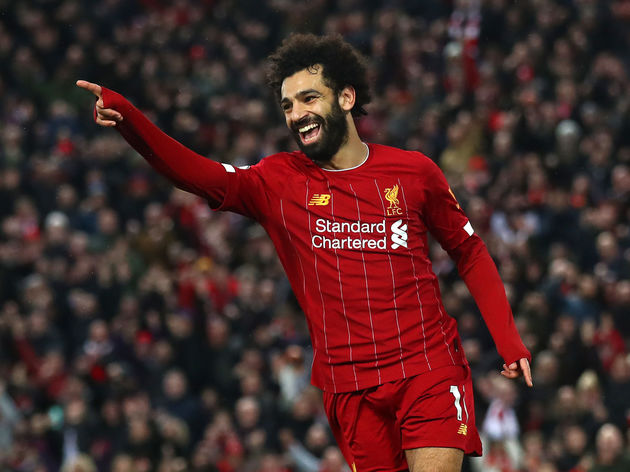 Since his move to Merseyside in the summer of 2017, only Lionel Messi (125) has more goal contributions in Europe’s top five leagues than Salah (92).

Nevertheless, despite the 27-year-old playing a key role in Liverpool’s Champions League success last season, as well as their 22-point lead at the top of the Premier League this time around, Neville still thinks Salah could be tempted away from Anfield. “I think there’s a feeling that he wants to go and play at Real Madrid, he’ll go to Barcelona, he’ll make the big move.

“I think he is ultimately using Liverpool potentially as a stepping stone for his career.

“He has aspirations to be [higher]. Let’s be honest, Real Madrid and Barcelona for a lot of players is the pinnacle.” While it may be wishful thinking on Neville’s behalf due to his Manchester United loyalties, every major club has lost players to the likes of Barcelona Real Madrid