Liverpool can be beaten. Manchester City’s dynasty could be ending off the pitch as well as on it. Shane Long scored a goal.

In the first few years of the 2010s though, it seemed almost certain that Lionel Messi and Cristiano Ronaldo weren’t going away any time soon. Where they were expected to own the decade, there were a couple of young and spritely candidates ready to rent it from them – Neymar and Eden Hazard. Two dancing, prancing left-sided forwards just waiting to be plucked from the clubs they had clearly outgrown. For players at Santos and Lille in the 21st century to receive the hype that they did was one of the 762-odd indicators that the duo were destined for stardom.

Neymar’s move to ?Barcelona wasn’t without controversy and the fee and its whereabouts were debated for years after, while Hazard’s move to ?Chelsea was a stripped-down version of LeBron James’ ‘The Decision’. No documentary, no elongated process, just a simple tweet with two days notice.

Regardless, Barça and the Blues had won the sweepstakes, the two players that could obviously lead their charges at home and on the continent for years to come. But as we venture through the early stages of the 2020s and both players have started to decline, there’s perhaps a tinge of regret that Neymar and Hazard haven’t accomplished more.

The Brazilian won two league titles, three Copa del Rey and one Champions League at Camp Nou before heading to PSG for a world record fee; the Belgian won two league titles, two League Cups, two Europa League titles and one FA Cup at Stamford Bridge. If you were to return to when either star made their big move years ago, it’s a haul that would have been deemed par for the course, a single European Cup between them.

By no means does that mean that they were flops or underwhelming – Barcelona are desperate for Neymar back and Hazard essentially carried Chelsea for most of the decade – but the way the pair have almost petered away since leaving for pastures new. Neymar departed Barça for PSG to cement his legacy that was more than ‘Messi’s best mate’, to win a Ballon d’Or, to win the Champions League. Three seasons on and the closest he’s got to touching Messi’s status is by being in his group chat on WhatsApp, has been beaten to breaking the Ballon d’Or duopoly by ?Luka Modric, and is on course to flame out of the European Cup at the last 16 stage for the third successive season.

If PSG are unable to beat the odds and win it this time around, then their vanity project will have failed just as Neymar’s will have. His gravity as a superstar is one of the last remaining assets almost unavailable on the market elsewhere – Jordan may not sign their deal with the club without Neymar, they certainly wouldn’t receive as much international attention without Neymar – but he’s now playing second fiddle in a team where he was supposed to be the ‘franchise player’.

?Kylian Mbappe is being wheeled around by Nike on world tours, he has his own clothing line, he’s won a World Cup as the main man – if he were to only win the honours Neymar did in his prime at Barcelona, then that would be considered underwhelming. 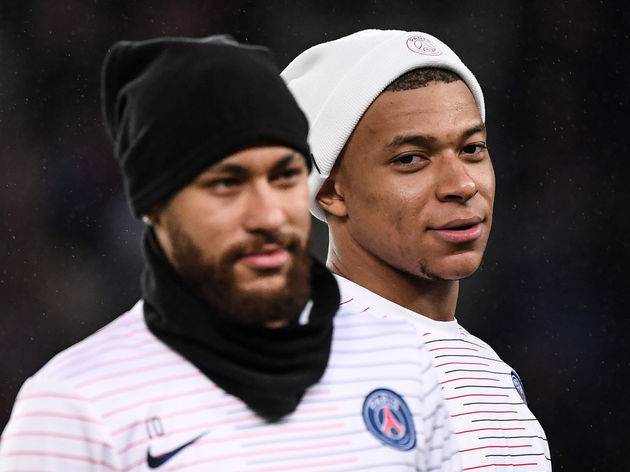 A red card at the weekend summed up a rough week for Neymar, and the ‘(doubt)’ that was beside his name for the match preview ahead of the Rio Carnival (A) has been removed for the sixth year in a row, days after he ruled himself out of contention. Luck or not, it’s a pathetic streak.

Hazard’s weekend wasn’t much better, fracturing his leg in ?Real Madrid’s loss at Levante, notably ruling him out of games against ?Manchester City and Barcelona. His maiden season after his dream move hasn’t gone accordingly – one goal in 15 appearances is an undeniably atrocious return for £105m, regardless of injury.

At the age of 29, he’s still without a star performance in the ?Champions League, and regardless of his legacy at Chelsea and for Belgium, it’s something that will always be held against him if he can’t even produce one at the Champions League club. 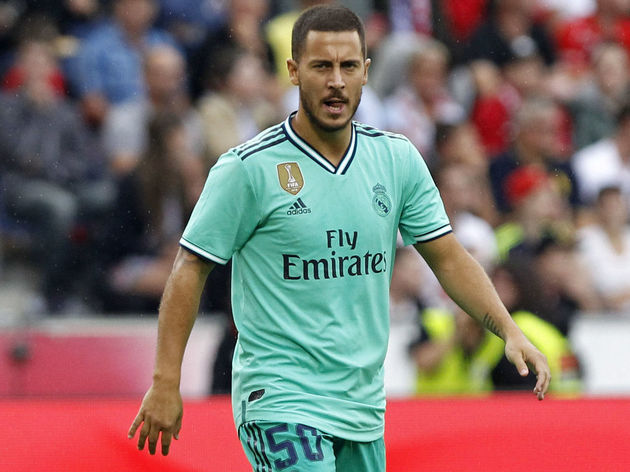 He’d rarely struggled with injury before heading to Madrid and some of his woes is down bad luck, but when you turn up for pre-season at the biggest sports team in the world overweight and with prior concerns about application on the training pitch, that’s inexcusable.

His 2015/16 season is the worst any modern superstar has had during their peak years and isn’t even close, yet this injury-hit spell at Madrid could threaten it if he doesn’t contribute more upon his return.

Maybe ?Messi and ?Ronaldo just weren’t going to be touched by anyone, but on their current trajectory, history will not be kind to ?Neymar and ?Hazard in their attempts to become the world’s best.