He was exciting, for sure, the 24-year-old’s mix of power and agility often getting the crowd off their feet. However, there was simply no end product from him in 2018/19, and some supporters felt the club should let ?Wolves?caught the attentions of Real Madrid and Barcelona

Traoré has scored or assisted a goal 15 times this term, meaning he’s already 11 ahead of his tally for the whole of last year. He’s become a freakishly-good weapon for Nuno Espirito Santo, shooting from zero to hero at record-breaking speed.

In honour of his meteoric rise, 90min takes at look at five other players who turned their careers around in the blink of an eye. 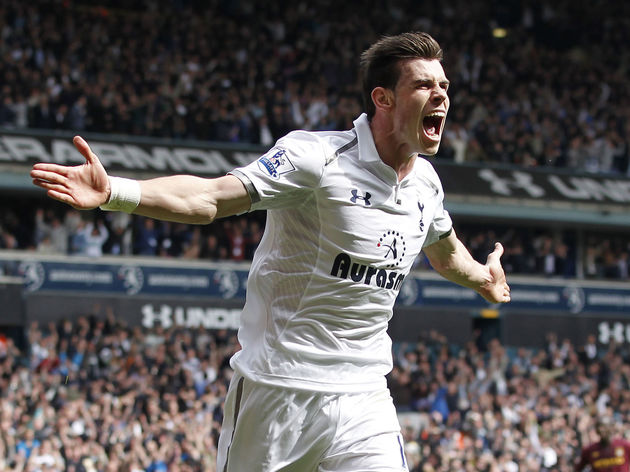 On 29 September 2009, Gareth Bale was brought on for the final five minutes of ?Tottenham Hotspur’s 5-0 triumph over ?Burnley. It would be the Welshman’s first taste of victory in the ?Premier League, despite the fact he’d been with Spurs for over two years.

Admittedly, he was still a teenager, but the Lilywhites had forked out £7m for his services, a sizeable fee at the time for an unproven youngster. Injuries had hampered him during those first couple of seasons at White Hart Lane, and the club were looking to offload him as a result.

Bale nearly joined Birmingham City in a £3m deal ahead of the 2009/10 campaign. Four years on, he was being paraded in front of 20,000 fans at the Bernabeu, having completed a world-record £86m move to ?Real Madrid.

There were signs the winger was beginning to realise his potential in 2009/10, when he collected the Premier League Player of the Month award for April. The following season, he went stratospheric with a sublime hat-trick versus ?Inter.

Bale never looked back after that famous night at San Siro. By the time of his final campaign with Spurs, the Lilywhites were practically a one-man team. Real’s £31m investment on Thibaut Courtois looked like the bargain of the summer when they lured him away from ?Chelsea in 2018. 12 months on, Los Blancos must’ve thought they’d be conned.

It was as though they’d bought a different player. The Belgian was making uncharacteristic errors with such frequency that viewers came to expect at least one blunder per match.

A combination of hamstring problems and low confidence saw Zinedine Zidane remove Courtois from the limelight. Once he was restored to the side, the shot-stopper had got his mojo back.

The crowning moment of his comeback was January’s Spanish Super Cup victory over neighbours ?Atletico, when he miraculously kept Los Blancos’ Madrid rivals at bay.

The contest finished 0-0, with Courtois’ save from Thomas Partey in the shootout helping to secure the trophy. There was little love for Aaron Ramsey in his early years at the Emirates Stadium. People weren’t quite sure what he offered to the ?Arsenal side, the midfielder showing the occasional flash of brilliance, but ghosting through matches all too often.

Then 2013/14 happened. Ramsey was named as the Gunners’ Player of the Month in August, September, October, a period in which the Welshman terrorised every team the Londoners faced.

He reached double figures for league goals for the first time in his Arsenal career, with his 109th-minute strike in the FA Cup final sealing a 3-2 win against Hull City. 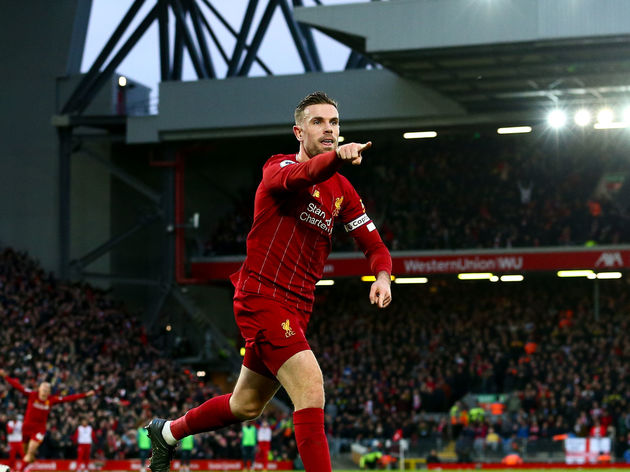 Even now, Jordan Henderson’s talents are criminally underrated. He may be favourite to become the FWA Player of the Year for 2019/20, but that is largely due to the leadership and maturity he has shown as ?Liverpool captain.

The qualities he brings as a footballer remain overlooked by many. The England international distributes well from deep, reads the play with incredible ease, and functions brilliantly as a midfield destroyer when it’s needed.

Of course, Henderson wasn’t always such a well-rounded and reliable performer. Liverpool’s £20m purchase struggled to live up to his price-tag after switching from Sunderland in 2011, with question marks always hanging over his suitability at Anfield.

There should be no more doubts about the skipper, the 29-year-old proving his worth as a guaranteed starter in one of the most terrifying lineups the Premier League has ever witnessed. 2012/13 was Jamie Vardy’s debut campaign with ?Leicester City, the striker getting his first taste of the Football League following stints at clubs in the eighth, seventh and fifth tiers of the English pyramid.

Once he’d completed one year in the Midlands, the forward was so disillusioned he’d begun planning an early retirement, aged just 26. Less than seven years later, he’s three goals off of a century in the Premier League.

Vardy evidently chose to stick with it, the decision paying serious dividends as he fired Leicester back into the top-flight at the end of his second season.

A couple more years down the line, and the speedster’s record-breaking scoring-streak had made Claudio Ranieri’s recruits kings of the country, overcoming 5000/1 odds to collect a maiden English crown. It’s been quite the journey for Mr Vardy.