We all love an underdog (see Leicester City’s unthinkable achievements in 2016) but unlikely achievements are few and far between in a game which is increasingly dominated by riches and wealth. 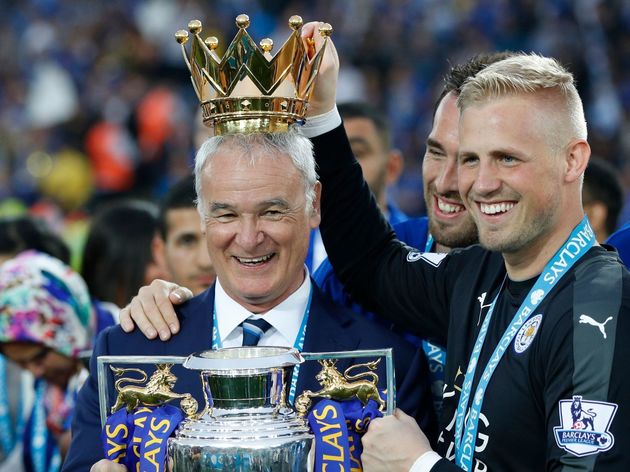 And so, when the opportunity arises to bask in the success of the challenger, or to marvel at the true peculiarities of the sport – we embrace it with open arms.

So, with our nostalgia in full swing, let’s take a trip down memory lane to some of the weirdest and most wonderful league tables in recent European football history… Let’s start in the present day. This one isn’t the story of an underdog, but the fulfilling of a destiny which has been lying in wait for years. ?Liverpool, yet to lift the Premier League trophy, are top of the table. But their position is not the anomaly here.

At the beginning of January – after only 25 games – the Reds sit an incredible 22 points clear of their nearest challengers, ?Manchester City – a side which had been celebrated as the greatest in English football history not so long ago.

Jurgen Klopp’s men are leaving everyone trailing in their dust, and the title is finally heading back to Anfield.

A special mention to ?Arsenal who are languishing in 12th place. Good effort, fellas. Ah, yes, the ultimate fairytale. Seemingly dead and buried at the bottom of the Premier League table a year prior, ?Leicester City performed a miracle that our lord and saviour would have been impressed by.

The Foxes escaped relegation, and continued their great form into the following season, where they shocked the world under Claudio Ranieri and won the 2015/16 Premier League title. Leicester’s achievements will go down as possibly the greatest sporting feat in history, and their success will live long in the memory of football fans all over the world.

Special mention for Stoke City sandwiching themselves between Liverpool and ?Chelsea with a minus 14 goal difference. What a season. And now to the grizzly side of football. Match-fixing is something that is rarely seen on our British shores, but it reared its ugly head in Italy during the 2005/06 season, where several clubs were caught up in the Calciopoli scandal.

?Juventus were stripped of their title and relegated to Serie B, having initially ended the season with a whopping 91 points. Lazio suffered a points deduction and were almost relegated themselves, Milan also received a penalty, and ?Inter were handed the title almost by default.

We’re all for second chances though, and Juve are certainly making the most of their reprieve at the top of calcio. ?Bayern Munich finishing outside of the Champions League spots? It cannot be!
?

Well, my football friends, it can. In 2006, Bayern suffered a wretched season, amassing a measly 60 points and finishing in fourth spot, which meant the Bavarian giants missed out on Champions League football the following season – a campaign that would see them draw 2-2 with Bolton in the UEFA Cup.

A shock – one which could damage the club forever, perhaps?

Somehow, I doubt it… The thought of ?Barcelona finishing outside the top three in Spain is simply unfathomable in this day and age – but it has happened before. Back in 2002/03, Barcelona suffered a horror show of a season – with Louis van Gaal at the helm for the first half of the campaign, La Blaugrana slumped to a sixth-place finish.

Barça returned to second place the following season, and clinched the title in 2005 to regain their status among Spain’s elite. But that single-season drop-off will go down in history as a true nightmare for the Catalan giants. Can anyone actually remember the days when Paris Saint-Germain weren’t dominating the league by 45 point margins? Nope, me neither.

But those with a better memory will harp back to the glory days of 2011/12, when a Montpellier side spearheaded by the glorious Olivier Giroud, shocked all of France by claiming the Ligue 1 title.

The underdogs finished three points ahead of rivals PSG, and it remains their only title to date. A real moment of history. The challengers – who had a young Edin Dzeko firing in the goals – claimed a dramatic title by two points, much to the surprise of the football world.

?What Germany would do to have another winner emerge from nowhere.