José Mourinho is back, baby!

?Spurs?Sky Blues, throwing us back to vintage José – to the delight of the Lilywhites faithful. Back in 2002, the ‘Special One’ was handed the reins at Porto, with his appointment failing to make headlines outside of Portugal. He was an unknown quantity, a man who’d never played professional football, and anything but a big deal. Tottenham know all about Mourinho masterclasses, with their loss to ?Chelsea in the 2007 FA Cup one of their worst experiences against the 57-year-old.

Two goals down at home to Spurs, the Blues roared back to secure a replay, which they would go on to win 2-1. Some bold choices from 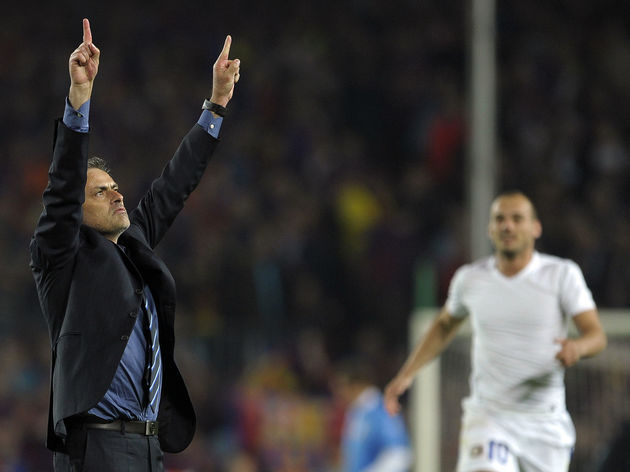 When people talk about the greatest team in footballing history, Pep Guardiola’s ?Barcelona is invariably brought into the conversation. Real Madrid trumping Barcelona on their own turf is a rare occurrence. Dominating possession was Guardiola’s greatest weapon, but Mourinho turned it into a weakness in April 2012, helping the men from the capital to a priceless victory.

Los Blancos rocked up to Camp Nou knowing three points would leave them on the brink of a first ?La Liga title in four years. They duly saw off their rivals, the boss ordering them to use a counter-attacking style of play to punish their hosts.

It worked like a charm. Mourinho was more than happy to let

A Hazardous Night for City Back in 2014, Chelsea made ?Manchester City look like schoolboys as Eden Hazard and his Blues teammates put in a devastating performance at the Etihad Stadium.

The Belgian was very much in the mood, providing an outlet down the left flank for when the visitors retrieved possession. Pablo Zabaleta was arguably the ?Premier League’s best defender that campaign, yet he was hardly a speed merchant.

Hazard gave him a harrowing night, taunting the South American with mazy dribbles and an electric turn of pace. It was frightening stuff, and it proved decisive, the winger’s trickery creating a chance for Branislav Ibrahimovi? had been in stellar form, but

Mourinho’s genius act in this match was