?Real Madrid travel to Spanish minnows Unionistas in the Copa del Rey on Wednesday night as they look to continue their winning run this month.

After finishing 2019 with three draws in La Liga, Los Blancos have won their last four in all competitions – securing the Supercopa de Espana in the process. Victories against Getafe and Sevilla in recent weeks mean they are level on points with Barcelona at the top of the table. Unionistas boss Jabi Luaces is expected to have everybody available to him for this huge encounter with the Spanish supergiants.

As for Real, Eden Hazard Federico Valverde, the hero from Real’s Supercopa victory in Saudi Arabia, could return for this one after serving his suspension for his cynical chop-down of Alvaro Morata in the dying embers of the final.

Nevertheless, in what could be a potential banana-skin fixture, expect Zidane to field a relatively strong lineup for this one.

This clash will be the first time these two have ever met in a competitive fixture.

Unionistas were founded in 2013 after UD Salamanca’s dissolution and have worked their way up from the sixth tier of Spanish football to the third in five seasons. They finished ninth in the Segunda Division B last season and reached the second round in the Copa del Rey.

After winning just one of their opening ten games of the season under previous manager Roberto Aguirre, Unionistas have enjoyed an upturn in form in recent weeks under new boss Luaces – who was appointed at the end of October.

The Salamanca-based side are unbeaten in their last seven league encounters, helping them rise out of the relegation zone and into 16th. Their newfound confidence also helped them overcome Atletico Baleares and second-tier side Deportivo in this competition to set up this monster fixture with Real Madrid 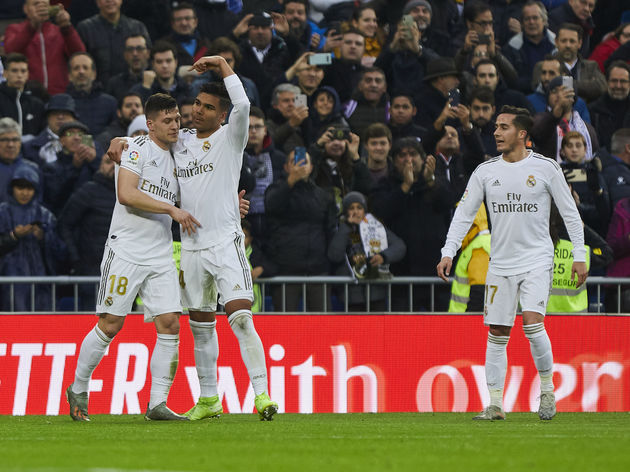 Real have also had a good time of it as of late after an indifferent start to the campaign. They haven’t lost a game since the 1-0 defeat at Mallorca in mid-October, meaning they’re currently enjoying a 17-game unbeaten run in all competitions. However, several draws at the end of last year has prevented them from pulling away from the stuttering Catalans in the La Liga

Injuries among other factors have stopped Los Blancos from hitting their stride in recent games, but they keep finding ways to win and Zidane will be hoping that’ll continue in this one.

Here’s how the two sides have fared in their last five outings.

Wow, what a matchup for the third-tier side, eh?

The draw was met with jubilation within the Unionistas squad and now, they have the chance to show what they can do against some of the world’s best. Although the likes of Casemiro, Karim Benzema and Raphael Varane are set for rests, you can expect Zidane to put out more than a half-decent lineup; with fringe players like James Rodriguez, Isco, Vinicius Junior and Luka Jovic poised to get a chance to impress their boss on Wednesday night.

With the potential quality that Los Blancos could have on the field, they should win this one comfortably.