?Real Madrid booked their place in the last 16 of the Copa Del Rey after successfully negotiating a tricky tie away to Spanish third-tier side Unionistas de Salamanca on Wednesday night. 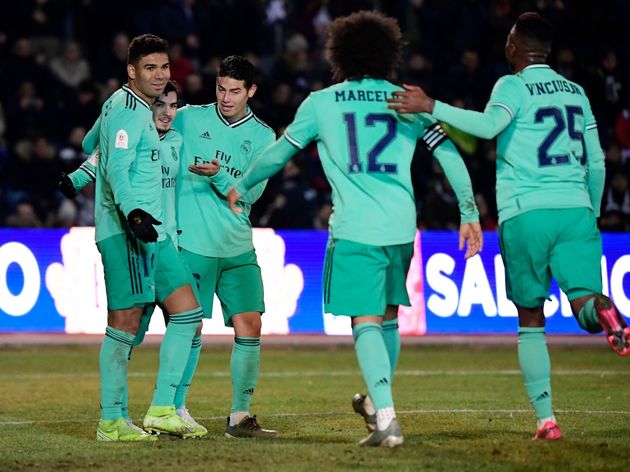 In an eventful half, Karim Benzema worked himself an opening but hit the side netting and James grazed the bar, but aside from that the visitors were largely underwhelming.

Real were made to pay. Paltry defending from centre-half Éder Milit?o opened a gap for Salamanca substitute Álvaro Romero, who finished with aplomb, curling it beyond Alphonse Areola in the Madrid goal.

However, the minnows weren’t level for long, a centre from Madrid skipper Marcelo was met by Diaz and his effort was turned into his own net by the unfortunate Juan Góngora.

Diaz then got on the scoresheet himself with the final kick of the game, jinking his way through a tired Salamanca backline to fire past keeper Brais Pereiro and seal the victory.

Gareth Bale, who else? The subject of numerous rumours in the transfer window, the Welshman put them to one side, started the game and opened the scoring for Los Blancos. 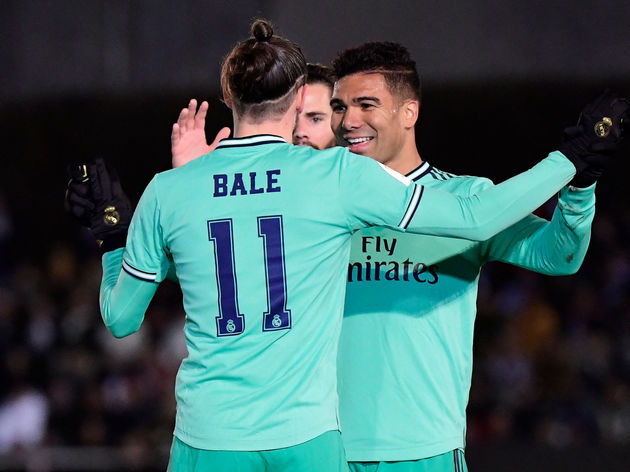 Perhaps it was telling that he didn’t celebrate after finding the net, but then again perhaps not? The 30-year-old’s future appears to be forever in the air.

Surely Bale’s predicament has to be resolved soon, it seems a never-ending saga between player and club.

But, in spite of his evidently split loyalty, he was on the scoresheet on Wednesday evening and his determination against a third-tier club could not be doubted.

He was one of Madrid’s better performers in what in parts was a lacklustre and rather unremarkable performance.

However, less than 10 minutes after half time, Bale was pulled by boss Zinedine Zidane and replaced by Brahim Diaz.

A statement from Zidane, and yet another twist in the tale.

It sums Madrid’s performance up when their star performer was the man between the sticks, despite the fact that the La Liga giants were facing third-tier opponents.

On a night where a lot of Madrid’s superstars were made to look distinctly average, Areola took his opportunity to stake a claim for the number one spot.

79’ Areola to the rescue again as he holds onto a header flying in.

The 26-year-old shot-stopper has found himself sat on the bench this season, second in the pecking order to Thibaut Courtois, but his performance here would have given Zidane something to think about.

One moment in particular, saved his team, a point-blank stop from Salamanca’s Javi Navas kept Madrid’s lead intact at a time in the game where their defence was rocking.

Boss Zidane took the tie to rotate his team and while some flattered to deceive, Areola took his chance with open arms.

After welcoming the might of Real Madrid, Unionistas return to league action when they welcome Alavés II to the Hélmantico Stadium in the

As for Zidane’s men, their attention turns to ?La Liga as Madrid make the trip to face Real Valladolid on Sunday night.