?Real Madrid captain Sergio Ramos has admitted that he wanted to try a Panenka penalty in the Super Cup final victory over Atlético Madrid, but he didn’t trust his injured ankle to be able to pull it off.

Ramos picked up the knock during Sunday’s game but managed to battle through the pain to complete the match, which went to penalties after the two Madrid sides played out a dramatic 0-0 draw.

It was ?Ramos who netted the winning penalty during the shootout, but he confessed (via ?Marca) that he actually wanted to steal the show with one of his trademark Panenka penalties which he has made a habit out of pulling off.

“I always take the fourth penalty due to superstition, not because it had been calculated that I’d take the winning penalty,” Ramos said.

“I had planned on taking a Panenka penalty, but I didn’t have the ankle to do lots of little steps. 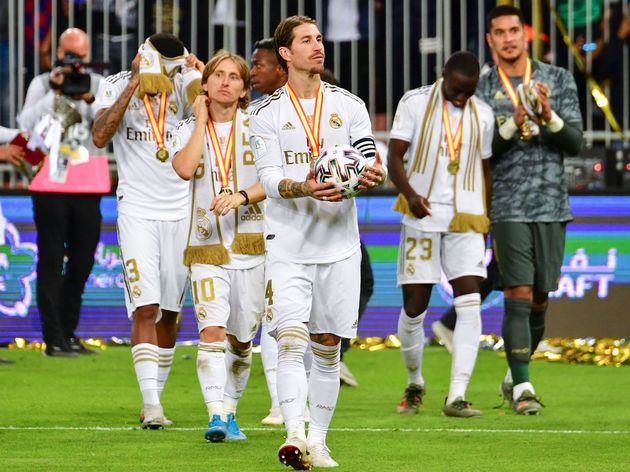 “I was a bit scared and, as time passed, it seized up and hurt more. “It’s always a challenge that I’m two trophies behind overtaking the player with the most in history and let’s hope I can do it.