?Christian Eriksen finally completed his much-anticipated move away from Tottenham Hotspur on Tuesday. However, the painfully drawn-out negotiations were caused by the Danish star’s desire to join Real Madrid – and not Inter, according to a report.

Inter announced the signing of the 27-year-old after weeks of talks between the clubs and player, who finally made the move to Italy for around €20m.

AS reports that Eriksen had his heart set on a move to Spanish giants Real Madrid throughout the negotiations, but Zinedine Zidane was not at all interested in signing the midfielder.

The former ?Spurs star even had a pre-agreement in place with Madrid, and he was hopeful that Zidane would be talked into landing his services, due to the Danish star’s ability on the pitch and the commercial profits he would bring.

Eriksen was aware that Zidane’s opinion of him was the only obstacle in his potential move to Madrid, and the midfielder was prepared to delay any move way from London in the hope that the French coach would not be in charge of Los Blancos by the January transfer window.

Madrid’s upturn in form has put an end to any chance of Zidane leaving his post however, and with Spurs keen to gain some financial reward in Eriksen’s departure, the new Inter man finally accepted a move to Serie A. 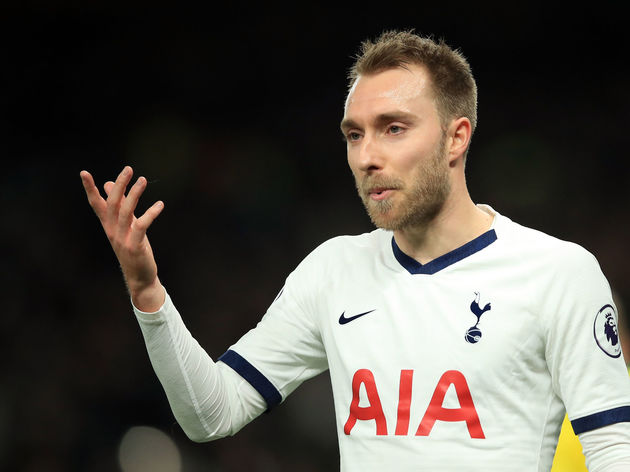 Eriksen was also close to joining Manchester United in the summer, but the deal fell through at the last minute, with the player refusing to give up on his dream of playing at Santiago Bernabeu.

Another factor behind the failed move to Old Trafford was that the former Ajax man did not want to extend his stay in England, and preferred a possible move to Turin, where he could join Italian giants Juventus.

The creative star will join forces with coach Antonio Conte, where he will be aiming to help I Nerazzurri wrestle the Italian league title away from long-term holders Juve.