The original date in October had to be postponed over security fears relating to similar protests in the city following the sentencing of Catalans separatist leaders. 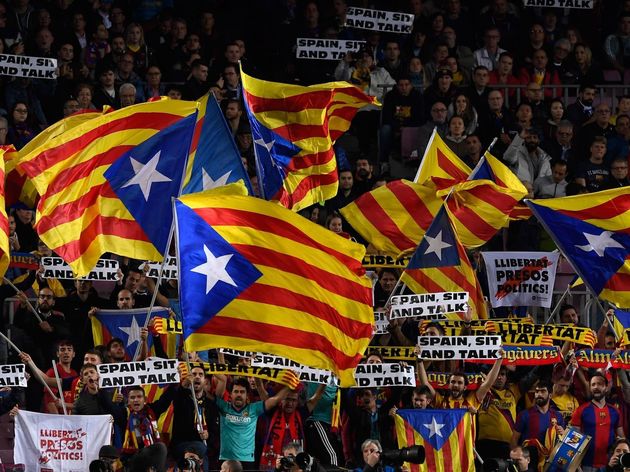 The rearranged date of 18 December was reached after much discussion and debate, and even the threat of potential legal action from La Liga.

Yet the game is expected to be the scene of major protests, possibly even inside the stadium during the match itself, as well as outside in the hours beforehand.

The protest group known as ‘Tsunami Democràtic’ has shared with members plans to start gathering from 4pm on the afternoon of the game. There are already more than 18,000 members and a rallying cry on social media revealed that many have tickets for the game.

It appears that those people have already been supplied with slogans and banners to take into the game, with protestors hoping to beam their message to the 650m global audience. As far as security is concerned, AS claims that Tsunami Democràtic’ protestors ‘intend to seal the Camp Nou’ by erecting barricades at four strategic points and preventing the Real Madrid team coach from accessing the stadium.

Security forces will be reinforced by riot police and Guardia Civil, and there are to be three ‘security rings’ to try and prevent any blockades, while further drones and further technology will be used to help. The major threat inside the stadium is a possible pitch invasion.

AS also report that Real Madrid have requested security guarantees. The team will be staying at a nearby hotel and will be arriving in the city at El Prat airport, which ground to a halt and was shutdown by major Catalan protests earlier this year.