Within the last ten years, Los Blancos have managed to add a healthy amount to their trophy cabinet once more. Although the Madrid side have fallen short of their rivals Barcelona in league titles with just two since 2010, they have shone on the European stage – winning four Champions League trophies, including three consecutive titles between 2016 and 2018.

Let’s face it, Real Madrid have always been a team full of world-class stars. But who has made it into their team of the decade? Keylor Navas – No Casillas you ask? Well, Navas never got the recognition he truly deserved at Los Blancos. In fact, the Costa Rica international was vital in Real Madrid’s Champions League successes this decade, and averaged more saves than Casillas in the tournament (2.8 per game vs 2.4). Since he was replaced by Thibaut Courtois, the 33-year-old left for Paris Saint Germain and the reliability between the sticks hasn’t been the same since.

Dani Carvajal – The right-back has experienced his fair share of ups and downs with the club – coming up through Real Madrid’s youth team but leaving for Bayer Leverkusen in 2012. However, Los Blancos soon realised their loss – and asked the defender to come back the following year. Since his return, he has earned his rightful place in the side and was named in the Champions League team of the season twice.

Sergio Ramos – Say what you like about the Spaniard, but no one can deny his ultimate commitment to the club. Over the past decade, ?Ramos has proven his talents both offensively and defensively – earning his title as one of the best centre-backs in the world. The 33-year-old is ruthless at the back, but his attacking abilities are also worth taking note of. Just this decade, the captain has scored 53 times for Real Madrid in La Liga and the Champions League, making him one of the best goalscoring defenders in history. He also broke the La Liga red card record this decade, so…that’s nice.

Raphael Varane – Since joining the side in 2011, the Frenchman has become one of the most reliable defenders on the back line. The centre-back is known for his aerial duels, passing and speed, confirming his spot in this decade’s team of the season. Moreover, the 26-year-old is still in the prime of his career and has become a key part of Real Madrid’s success in recent years.

Marcelo – An influential figure for Los Blancos, Marcelo has run the left flank since his arrival in 2007. The defender is known for his attacking abilities and during this decade, he has made an impressive 96 goal contributions – conjuring up 28 goals and 78 assists. Often regarded as one of the best left-backs in the world, it’s simple to see why the Brazilian has played such a big part in this Real Madrid side over the last ten years. Casemiro – The defensive midfielder joined the Spanish side permanently in 2013, before spending a season on loan at FC Porto. Although his importance to the team is often forgotten, Casemiro’s organisation and technical abilities means he is vital to Real Madrid. He allows the full-backs to drive forward while creating attacking momentum, proving his significance for the team in midfield.

Toni Kroos – Since his arrival to Real Madrid from Bayern Munich in 2014, the German has had five excellent seasons in Spain. The central midfielder was a key figure in his side’s back-to-back Champions League titles from 2016-18 and has also been named in UEFA’s Team of the Year three times this decade, while claiming the honour for La Liga once.

Luka Modric – It would only be appropriate to include the 2018 Ballon d’Or winner in this list. The Croatian, one of the best midfielders in La Liga, has become a crucial part to Real Madrid’s success. Known for his tireless work rate and excellent passing, the 34-year-old has established himself as one of the best in the business – not to mention his tendency to score some long-range stunners. 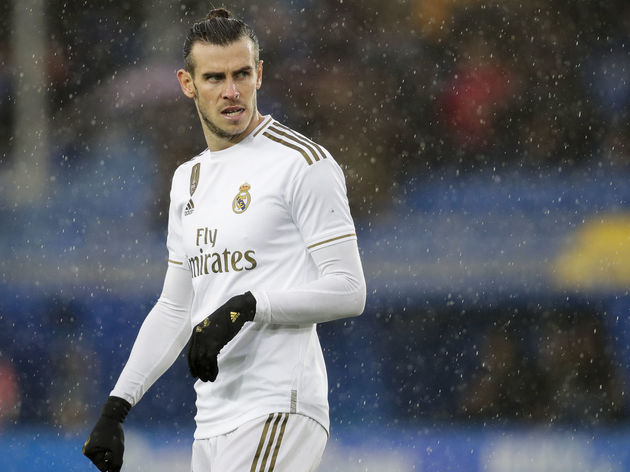 Gareth Bale – Although his relationship with Los Blancos has reached a rocky stage, no one can deny that Bale’s time with the club has been a successful one. Since joining the side from Spurs, his contributions have helped Real win four Champions League titles – with his overhead strike in 2018 final against Liverpool becoming one of his proudest moments to date. Across La Liga and Europe, the Welshman has hit the back of the net 96 times in 218 appearances.

Karim Benzema – Just when you thought ?Benzema was in the twilight of his career, it appears the Frenchman just can’t stop scoring. In fact, the 31-year-old striker averages a goal every other game, having scored 212 times in La Liga and the Champions League. Often in Cristiano Ronaldo’s shadow, the forward is now being appreciated for his efforts.

Cristiano Ronaldo – Speaking of the Portuguese star, ?Ronaldo rightfully concludes this team of the decade. During his time at Real Madrid, his honours were remarkable – earning four Ballons d’Or and three Golden Shoes for his side. He is also the club’s all-time top scorer with a ridiculous 451 goals. He will forever be remembered as one of the greatest players in their history.