The Champions League last 16 draw produced a number of enticing ties that are sure to be entertaining affairs when the competition resumes in February and March.

Here’s a look at each of the ties on offer, ranked by how good they are likely to be… Atalanta have done incredibly well to reach the knockout stages in their very first Champions League season, not least because they had just a single point after four games. Valencia, meanwhile, won a very open group and are having an ‘only okay’ season back home in Spain.

This may be the hipster choice, but it’s more ‘Europa League’ than ‘Champions League’. Lyon have been a strong side in the past and ruffled the feathers of Manchester City in the Champions League group stage as recently as last season, after which they were comprehensively thrashed by Barcelona in the first knockout round.

This season, Lyon scraped through the group stage with the second fewest points of any of the qualifiers (8) and are having a less than impressive domestic campaign in France. This is therefore expected to be a straightforward two-legged win for Juventus. If Atalanta against Valencia is the ‘hipster choice’ of the round, then Borussia Dortmund vs. Paris Saint-Germain is the tie of choice for slightly more mainstream hipsters…if such a thing can exist.

Questions will be asked if Jadon Sancho is still a Dortmund player by the time the tie is being played, while Paco Alcacer will have to rediscover his pre-injury form if the Germans Bayern Munich were the only team to win all six of their games during this season’s top stage and have striker Robert Lewandowski in the form of his life. They come up against a Chelsea side that has both scored and leaked goals at a considerable rate this season.

This tie therefore promises goals, while any misgivings over a potential mismatch owing to Chelsea’s recent domestic wobble might be addressed by the January transfer window. Tottenham have Jose Mourinho and RB Leipzig are top of the Bundesliga, but this meeting between two teams who have only been relatively recent additions to the elite European scene doesn’t scream ‘Champions League glamour tie’.

That being said, it is still two good sides with very talented players and respected coaches. It is the master, Mourinho, against the young upstart in 32-year-old Julian Nagelsmann, who is increasingly being touted for a top level job in the near future. Barcelona are always a huge draw in the Champions League, while Napoli, despite a poor Serie A season by their own recent standards and managerial disarray, were strong in the group stage and were one of just a handful of sides to remain unbeaten.

A new coach with fresh ideas, along with rumoured January signings, could inject new blood into Napoli in time for the return of the Champions League in February. Barcelona, meanwhile, are looking to make up for last season’s semi-final collapse against Liverpool. This tie promises to be a huge test for a Liverpool side looking to become only the second in the Champions League era (post-1992) to successfully retain the trophy – the Reds last retained the European Cup more than 40 years when they won in 1977 and 1978.

Diego Simeone’s Atletico are certainly not immune to off days, but have proven time and again in recent years how difficult they are to beat. European knockouts are their forte. 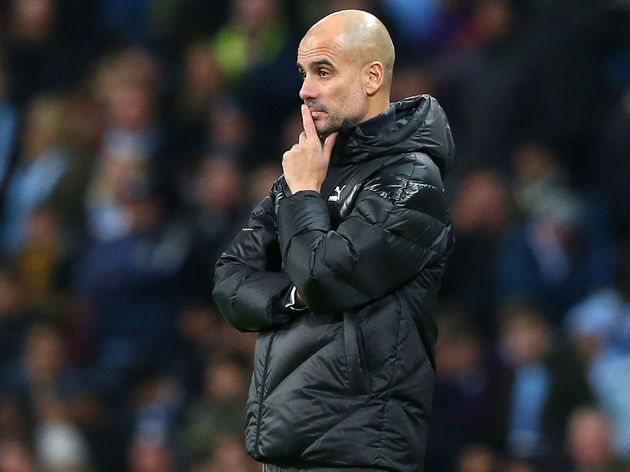 This tie between Real Madrid and Manchester City not only pits two elite sides against each, it has the added factor of manager Pep Guardiola going up against his old Clásico adversaries.

These two last met in the 2015/16 semi-finals, with Real edging the tie by a single goal in a 1-0 aggregate score-line. This time around, there promise to be big battles all over the pitch between two clubs that are desperate to win the Champions League for different reasons.