?Real Madrid winger Eden Hazard appears to be a huge doubt for the upcoming meeting with Barcelona after struggling to shake off what was initially thought to be a minor ankle injury.

The Belgian first picked up the knock during November’s 2-2 draw with Paris Saint-Germain, but it was only believed to be bruised and it was thought that he would be back in action in around ten days. However, that time is almost up, and ?Hazard is still really struggling. As noted by ?El Partidazo de Cope, the winger is still in intense pain and cannot yet put any weight on his ankle.

?Marca add that Hazard needed crutches to attend a recent team dinner. He could not drive himself to the event and was not even able to stand up for the team photo, as he is simply unable to do anything with his right ankle at the minute.

He has continued to receive daily treatment, while he has also been working in the gym to maintain his fitness, but ?Real fear that his recovery has been far slower than expected. 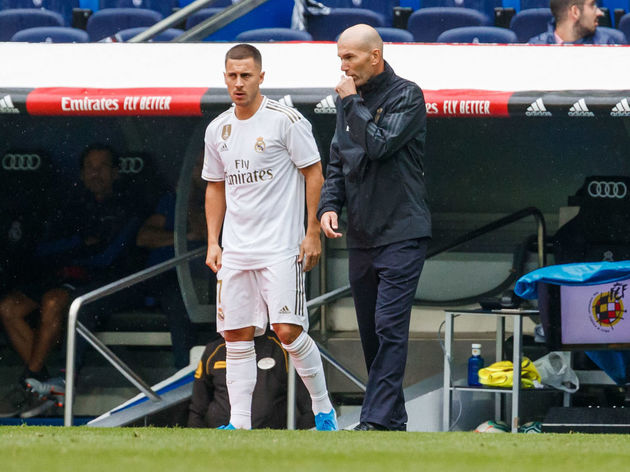 Initial scans suggested there was no bone damage, but Real have since sent Hazard for further tests as they felt they might have missed something. They were right, taking to?official website

Manager Zinedine Zidane has refused to confirm whether Hazard will be fit to face ?Barcelona, but there is a belief at the Santiago Bernabéu that the Belgian will not be ready for the game on 18 December.

In fact, Zidane is said to believe that Hazard may not even return until 2020, so he has started preparing a new system to try and cope with all his injuries. A 4-4-2 with both ?Karim Benzema and ?Gareth Bale in attack is touted as a likely solution, but losing Hazard would certainly come as a huge blow to Real, in what looks set to be a crucial clash at the top of the ?La Liga standings.

Los Blancos are level with Barcelona at the top of the table, although Ernesto Valverde’s side are top on goal difference, so the game will give either side a chance to move ahead of their fierce rivals.