?It’s been a long bastard year, hasn’t it? Dominic Solanke was a Liverpool player this year. Remember Manolo Gabbiadini? Left Southampton in Janaury. Ole Gunnar Solskjaer won a Manager of the Month award! In 2019!

We’ve had a Premier League title race that went down to the wire, all the Champions League knockout drama, heroes, villains, a whole World Cup in the summer, Liverpool becoming the best team in the world and – at some point, probably when he scored nine goals in one game at the Under-20 World Cup – Erling Håland became a thing.

Covering even half of it in one roundup is impossible, so we’ve given each member of our editorial team two bites of the cherry to pick their favourites. Go on, have a little reminisce.

Andrew Headspeath, ‘Spanish’ ‘Expert’ – A moment that will be talked about, poured over and mythologised for generations.

“Steve, how could you let this happen? You were supposed to be the nightwatchman.”

Clarke: “I was watching. I saw the whole thing. First, we started collapsing – and then we collapsed.” pic.twitter.com/CoXOxKnB7l

Warnock: “Sharon, I want to go and manage in Edinburgh.”

“But it’s my lifelong dream.”

“Your lifelong dream was to walk onto the pitch and stare intently at the officials after a controversial offside decision. And you did that last year against Chelsea, remember?” pic.twitter.com/GIDDiyLrJB

?Toby Cudworth, Academy Manager – It’s all very well and good scoring once from the halfway line, but that’s so mundane, isn’t it? So having upped the ante by scoring against, yep, good old West Ham from the halfway line a second time, surely Wayne Rooney was done with the long range caper?

Well, no actually, he was not. Only this time, Rooney upped the stakes even further – slamming another one home from what I’m reliably informed was ‘beyond midfield’ to send DC United’s Audi Field into delirium. Was quite a tasty finish, you’ve got to say. 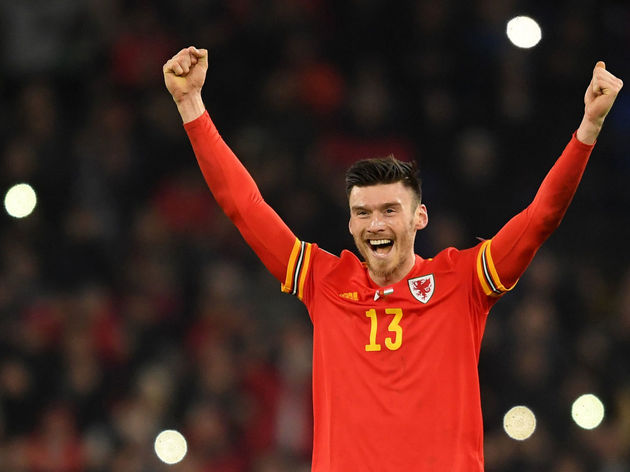 ?Scott Saunders, Head of Content – King Kieffer. Chief Kieff. Whatever you want to call him, Kieffer Moore is now known as The Man Who Saved Welsh Football Forever. He is also, quite possibly, the world’s greatest player.

Can’t buy a goal for Wigan, but pop him in Ryan Giggs’ Wales team and watch him fly. Moore’s introduction can be traced back as the key to changing Wales’ fortunes in Euro 2020 qualifying, and his goals (yes he can actually score goals thx) have been a massive reason for Wales actually getting there.

?Chris Deeley, Nerd Stuff – This was always coming. I’m 90min‘s niche correspondent, it’s what I do. I went out to the Republic of Artsakh (aka The Disputed Nagorno-Karabakh Region) for the CONIFA Euros this summer and saw all manner of weirdness. The winning goal in the final went through the net and took five minutes of argument to confirm, and opening ceremony took three hours and had three ex-Eurovision entrants, I ended up in intensive care.

None of those were my moments of the tournament, or the year. A 6’6 striker, lanky but powerful and an evil, dirty bastard of a player, whose first name is Markovanbasten (yes, named after that one – his cousin is called FrankRijkaard) dinking in a little Panenka in a penalty shootout in front of Artsakh’s president to put his team in with a chance of making the final. They didn’t make it but, for one roasting afternoon in Askeran, a non-nation could dream.

?Krishan Davis, Content Editor – While England’s top flight is awash with VAR controversies, time wasting, play acting and the like, in the lower leagues ?Krishan Davis, Content Editor – Yeah yeah, it was only the Europa League final, but the very best players can only be labelled as such when they step up on the big occasion. In the balmy heat of Baku in late May, in what would ultimately prove to be his final appearance for ?Chelsea, that is exactly what Eden Hazard did.

In a majestic display, the 28-year-old terrorised the Arsenal defence all evening, laying on a second-half strike for Pedro before netting a penalty and combining wonderfully with mercurial giant Olivier Giroud and firing home a volley – all in his farewell performance. Not a bad way to bow out before a move to the Spanish capital.

Lucas Did the Thing ?Sean Walsh, Content Editor – Good things aren’t supposed to happen to ?Tottenham, but it seemed years of stocking up on good karma paid off when they produced one of the great comebacks in the second leg of their Champions League semi-final with Ajax.

3-0 down on aggregate with 45 minutes remaining, a hat-trick from Lucas Moura – the third goal of which had to have been in slow motion, the universe went all cinematic for that one second – will live long in the memory of football fans across the globe. 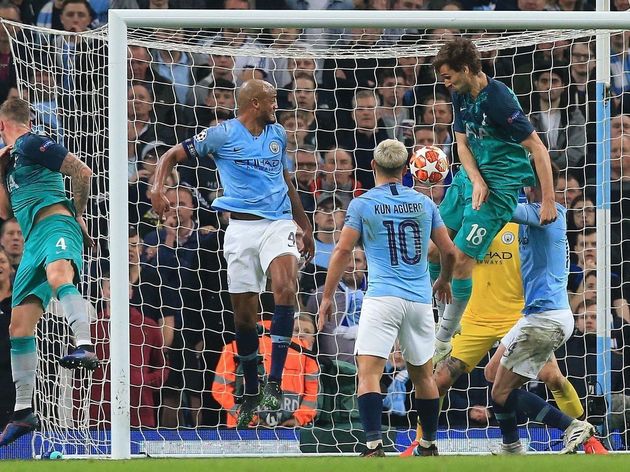 ?Jude Summerfield, Academy Manager – Seeing as my good friend Sean Walsh (well, he might dispute that tag) has taken Lucas scoring a hat-trick against Ajax, I shall reluctantly pick Fernando Llorente bundling a goal in against ?Manchester City in the quarter finals of last season’s Champions League.

The game was breathless but City looked to have sealed the deal when they took a 4-2 lead, only for the Spaniard to charge at a corner and deflect it past Ederson for the goal that ultimately made all the difference.

That didn’t stop me from literally collapsing on the floor on my flat’s wee balcony when Raheem Sterling scored the disallowed goal, though. What a rollercoaster. ?Sean Walsh, Content Editor – With all that’s happened at Spurs in 2019, it’s easy to forget that their dominating storyline of 2018 – their new stadium – has slipped under the radar. A place that just feels like the old White Hart Lane (not just because it’s built on the same site), it’s surpassed expectations of the fans, and nearly two years of residency at Wembley seems worth it for generations back home.

2019 yielded no trophies for Tottenham, but the beers that fill up from the bottom are what the game is really about – beer.

?Toby Cudworth, Academy Manager – He may have rounded off the year parking his Lamborghini in somebody’s front garden while dressed as a snowman, but there’s no forgetting the history that Michail Antonio created at the Tottenham Hotspur Stadium in April.

His goal ensured ?West Ham became the first team to win at Spurs’ rather splendid new home, but it’s his celebration after scoring that will forever be etched in our minds, possibly for all the wrong reasons. You remember, that one. Where you saw his whoooole junk bouncing around.

The Game That Doomed Man Utd to Ole Reign ?Scott Saunders, Head of Content – ?Manchester United’s finest moment of the year came in a competition which was, in the end, won by their most fierce rival. But while Liverpool’s Champions League win and comeback against Barcelona in the semis trumps what United did in Paris, their exploits – given the circumstances – are deserving of a mention.

They were down and out after the first leg. 2-0 down (both away goals, too), without Paul Pogba, and playing the kids. This was the definition of Vince McMahon’s ‘No Chance in Hell’. But wouldn’t you know it…

Romelu Lukaku’s brace, a host of missed chances for the hosts, the implementation of VAR and an adjusted handball rule nobody had ever heard about handed Marcus Rashford the most dramatic of chances to send United through. He smashed in his injury-time penalty and United were through, only to get stuffed in the next round by Barcelona. Still, good night. ?Chris Deeley, Nerd Stuff – Eventful Women’s World Cup, wasn’t it? Some of us, naming no names, got back from Artsakh to France a couple of days after the start of the tournament, and went straight to Reims for the USA’s opener against Thailand. At least one of us, still naming no names, was sat between two Thai journalists as the US racked up 13 goals against the relative minnows.

Some moments in football are just so staggeringly surreal that you spend the next couple of hours trying to convince yourself they happened. Six months later, I’m still not entirely sure what the hell I watched at the – Leeds played on in 72nd minute with Villa’s Jonathan Kodjia injured on the floor.

– Leeds played through Villa’s half-hearted defence, with the Villans expecting their hosts to kick the ball out.

– Mateusz Klich cut inside and powered past Jed Steer for the game’s opener.

– Ahmed El Ghazi gets sent off for an alleged elbow on Patrick Bamford. There was no connection.

– Albert Adomah runs through to score, though has to deal with an unhappy Pontus Jansson who tries to stop him.

– The game ends in a draw, ending Leeds’ hopes of automatic qualification to the Premier League.

?Jack Gallagher, Features Editor – Junior Ogedi-Uzokwe is my favourite footballer in the world – and yes, it’s ok that you don’t know who he is.

In 2019, he was on loan at Derry City (my local team) from Colchester United (some random English team) and from his position out on the right flank, he won the SSE Airtricity League golden boot – scoring 19 league goals.

The one of these 19 that sticks out for me is his last-minute equaliser against the best team in Ireland – Dundalk – at the Ryan McBride Brandywell Stadium. His header was one of the few goals that I bore witness to in Derry this year – I live in London now – and that made it all the more special.

As a wee wean I went to the Brandywell pretty much every Friday night with my da, where we had the pleasure of watching the likes of Mark Farren, Liam Coyle and Gary Beckett for the best part of 15 years. Now going to the Brandywell is a less frequent venture for the pair of us, so when schedules work out and we’re able to go, it’s special – and made all the more special when Junior is banging in goals against Dundalk.

Andrew Headspeath, ‘Spanish’ ‘Expert’ – After three years of dominance in the Champions League, ?Real Madrid, bloated and complacent, were undone by the ghost of Christmas future in a young, attention-grabbing Ajax side.