?Real Madrid goalkeeper Thibaut Courtois has claimed that he is regularly on the receiving end of criticism simply because he is ‘one of the best goalkeepers in the world’.

The Belgian has come under intense scrutiny since his move to the Santiago Bernabeu from Chelsea in 2018, though he has returned to his best form in recent weeks.

Speaking ahead of his country’s Euro 2020 qualifier against Russia, Courtois revealed how he is feeling in Madrid and his thoughts on a shaky start to his career in Spai “I don’t doubt my own ability. I am one of the best goalkeepers in the world and sometimes, that’s why they criticise me. I’m calm about it because I made some good saves against Celta, Sevilla and Atlético – and in other games. I’m playing at a good level, it’s turning out to be a good start to the season and I have to continue this way”.

?Courtois claimed that he has the full confidence of ?Madrid manager Zinedine Zidane, insisting he would remain the club’s No. 1 following the departure of Keylor Navas to Paris Saint-Germain 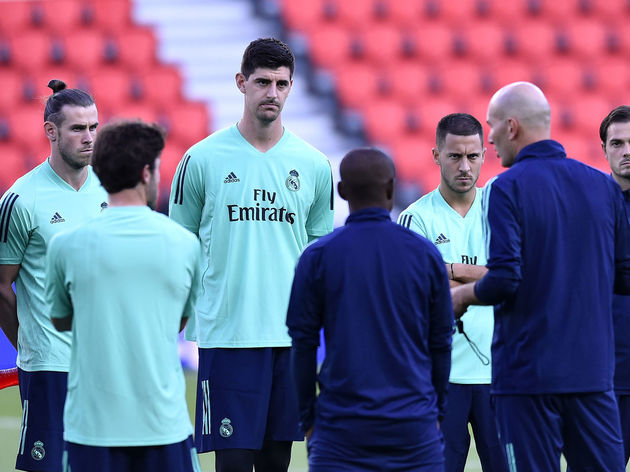 The 27-year-old also believes that the media tend to go over the top with statistics, and that a clean sheet shouldn’t be the-be all and end-all for a goalkeeper.

“I’d prefer to win 4-3 than draw 0-0, although for a goalkeeper, it’s always better to keep a clean sheet,” he said. “It’s always better not to concede because immediately, the media murder us with the statistics – even without analysing why the goals were conceded.”