?Real Madrid and Brazil star Marcelo was caught on camera telling Paris Saint Germain’s Neymar Jr he should have started for the French club in Tuesday’s Champions League draw, brandishing the decision ‘a joke’.

Neymar came on as a half-time substitute in Tuesday’s 2-2 draw against Real Madrid and was clearly frustrated by Thomas Tuchel’s decision not to start him, given PSG’s improved performance after his introduction.

Despite Neymar playing for bitter rivals Barcelona once upon a time, he and Marcelo have struck up a friendship as they both played for Brazil in the 2014 and 2018 World Cups, with Marcelo leaping to the defence of his compatriot after being snubbed by Tuchel. 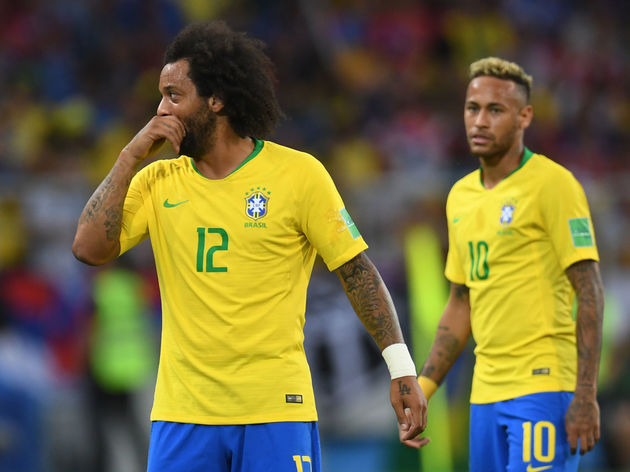 ?RMC Sport cameras were able to film in the pre-match tunnel and managed to catch an interesting exchange between the two players.

Neymar can be heard telling Marcelo: “To which Marcelo replied: “

Marcelo can also be seen telling Neymar ‘You play better than Mbappé’ after the 20-year-old got the nod ahead of the Brazilian in the PSG starting XI.

It remains to be seen whether the conversation may have repercussions at the French club, despite the great relationship shared by Neymar and Kylian Mbappé. It was Mbappé who had the last laugh, as the former Monaco starlet grabbed a goal in the 81st minute of the UCL clash, sparking a comeback for PSG at the Santiago Bernabéu.

Neymar was subject to ?transfer speculation linking him with a shock summer move to the Spanish capital, although any supposed deal failed to materialise. There is expected to be more drama over his future next year, with Barcelona expected to come calling again.